Scrambling and climbing around Crib Goch 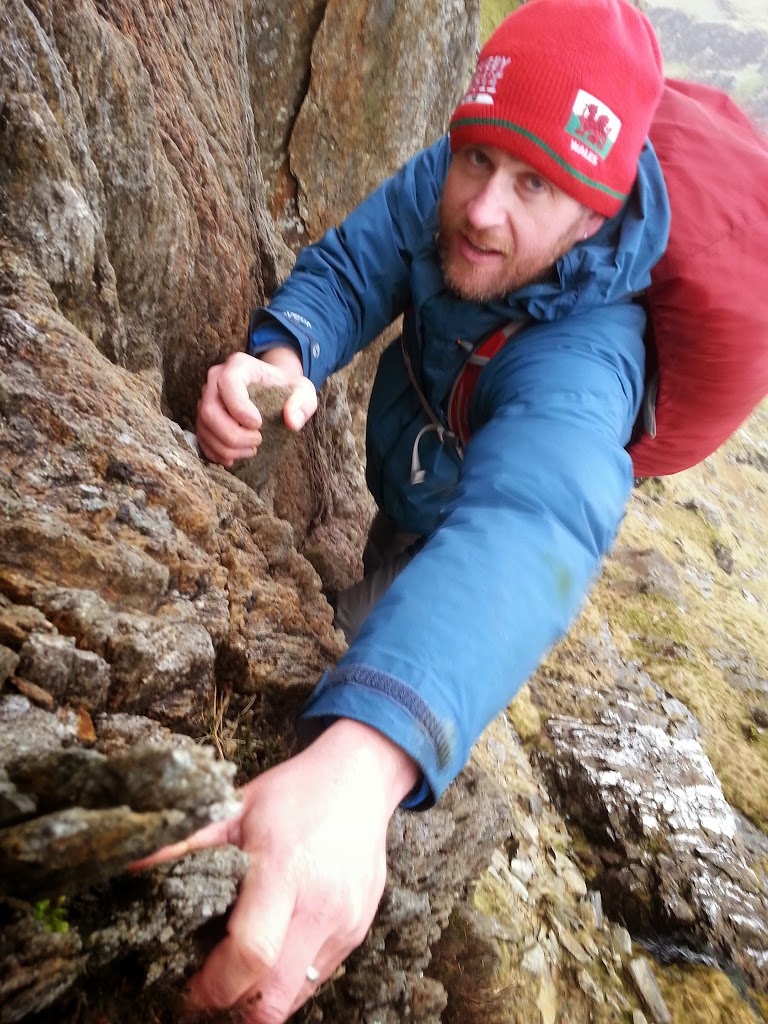 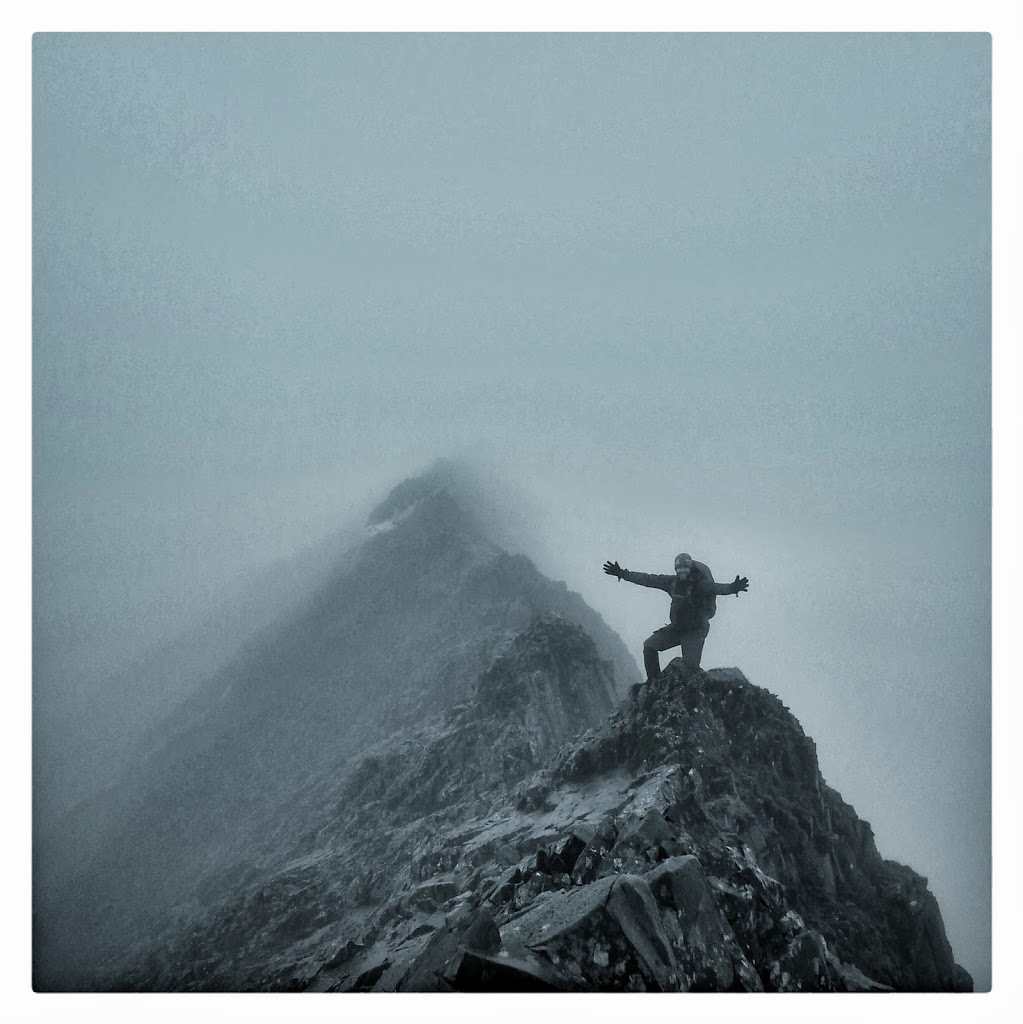 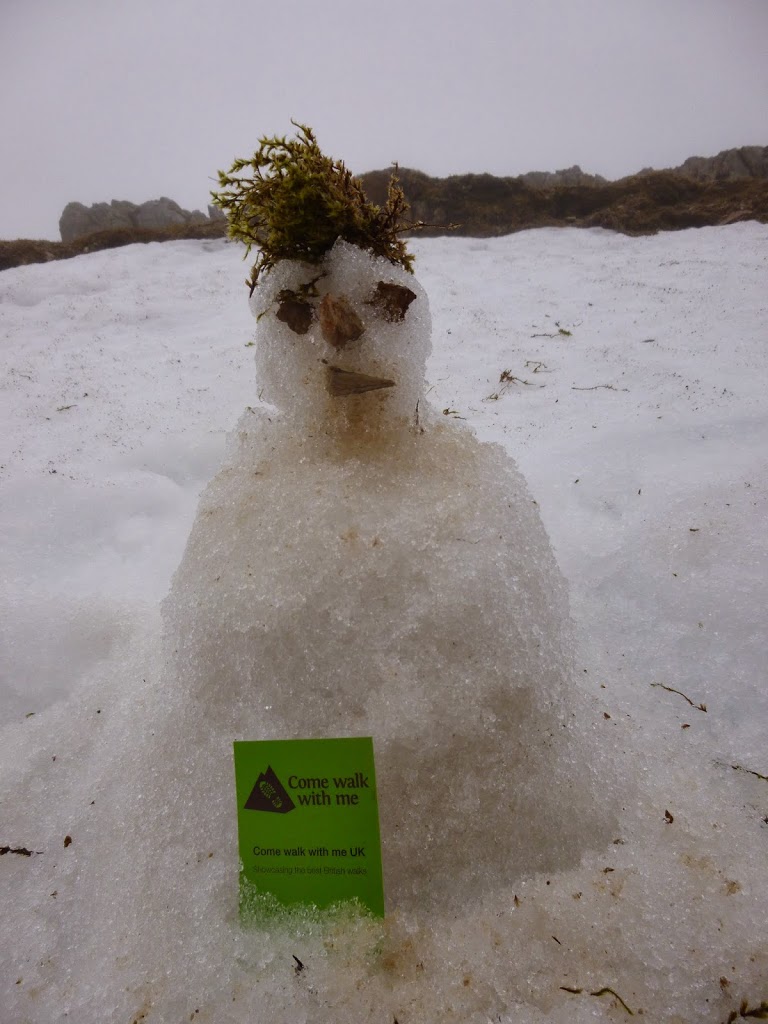 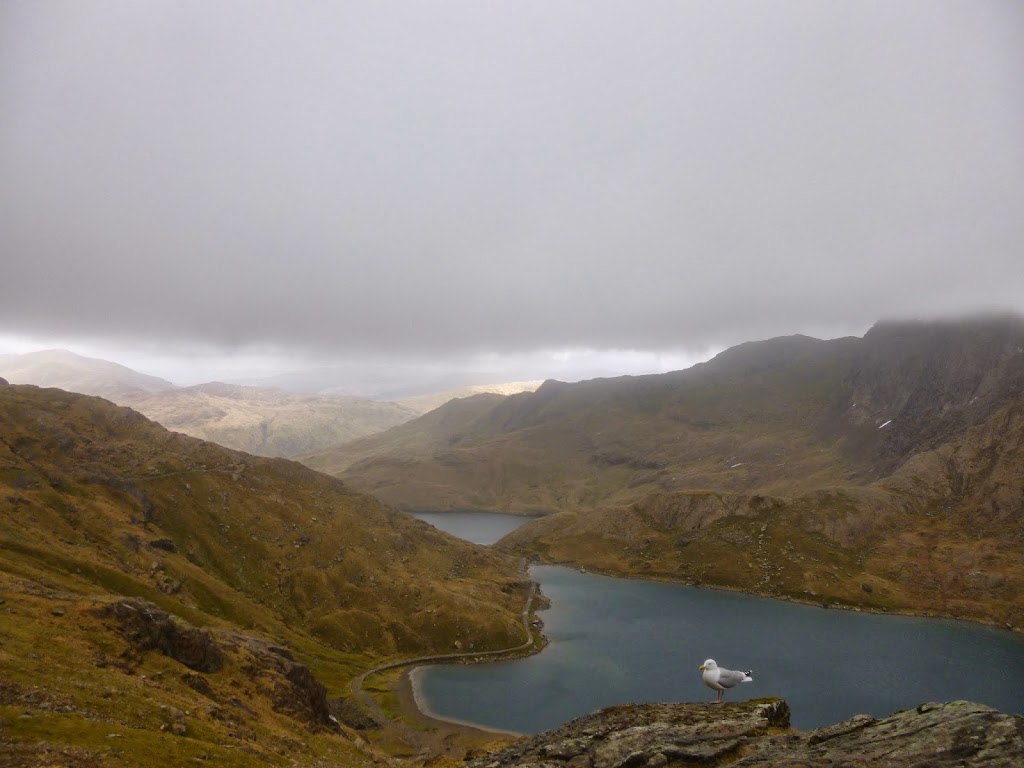 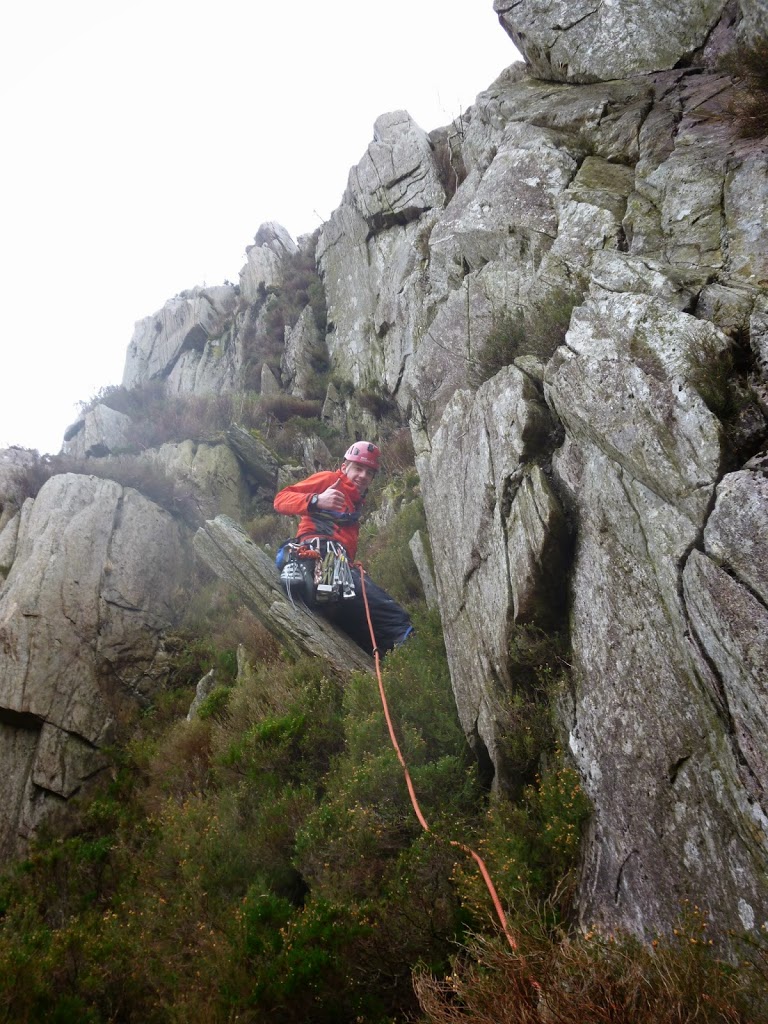 Crib Goch is one of those evocative peaks that either have walkers/climbers grinning inanely and nodding wildly or shaking their heads and pursing their lips. It is an iconic route and with the feel of enough real danger to ensure that completing it produces the kind of buzz more normally associated with more extreme pastimes! The fact that the ridge line leads onto Wales’s highest peak is an additional incentive for testing your head for heights and giving it a go. Snowdon can be climbed on a train, up the gentle “motorway” of the Llanberis pass, by the Pyg, by the Pyg and then Crib Goch or you can do what Nathan persuaded me to do and scramble your way from the bottom of the Pen-Y-Pass road onto Crib Goch and then battle your way through the cloud and wind to emerge wind reddened and grinning at the highest point in Wales!
I am still relatively new to scrambling and found our route up towards our goal the perfect blend of challenge and fun. At one stage we ascended a slippery gully only to find our escape route blocked by a chock stone, after a little exploration a hole was discovered between the stone and valley wall and I managed to squeeze through feeling grateful I’d restricted myself to only one bacon sandwich for breakfast. By the time we’d reached the ridge itself the clouds were low and the wind high, but we picked our way along the craggy route, climbing up, dropping down, ducking out of the wind and glancing at the sheer drop offs with a mixture of awe and trepidation! There were still plenty of slabby, wind blasted snow fields on the slopes on both sides and we were aware that a slip would be unlikely to end well! We could hear voices drifting up from the Pyg track and saw one other group of three on the ridge in the distance but for the majority of our route we had what “Trail” magazine recently called “the most climbed mountain in the world” (Snowdon) to ourselves. We eventually, and somewhat regretfully, reached the trig on Carnedd Ugain and after dropping off the very windy summit we suddenly entered a traffic jam of varyingly equipped walkers moving towards the Snowdon summit. There was still snow on the railway line but that hadn’t prevented the summit from being littered with beer cans, crisp packets and other detritus left by inconsiderate scum too idle to carry their own crap off the hill. We descended via The Pyg Track before dropping off back down the slope and eventually reaching our car in driving rain.
Wednesday dawned and Nathan was keen to have a climb. I nervously assented. Whilst I have been climbing indoors for a year or so I’d never climbed outside before and had only my walking boots, but felt confident that I was with an experienced climber. We parked up in the same spot and made our way towards the crags of Dinas Mot. Nathan led the climb with me seconding and we made our way up four pitches and around sixty metres of ascent. I wasn’t sure how much I would enjoy it but aside from the occasional burst of debilitating adrenalin I found my confidence growing and by the time I was hauling myself ungracefully onto the grassy plateau at the top of the climb I think it’s fair to say I was hooked. The route we took wasn’t a pure rock face climb, we included traverses and grassy gullies, but it was a great experience for me getting me used to climbing roped up, removing gear from crags and dealing with exposure on small ledges. I can’t wait for the next time 🙂

2 thoughts on “Scrambling and climbing around Crib Goch”