A short walk in Oxfordshire 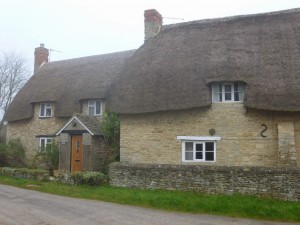 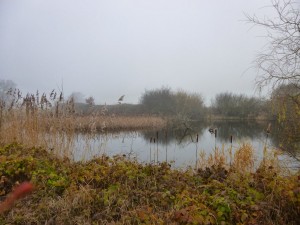 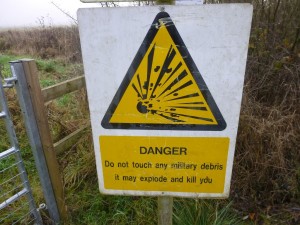 After a day of exploring the “City of dreaming spires”, wandering through the back streets of Oxford stumbling upon characterful pubs, blue plaques a-plenty and hidden gardens tucked away in college quadrangles, I felt the need to get some mud on my boots once more! Not knowing the area and being mapless I bought a copy of the AA 50 Walks in Oxfordshire and picked out a likely looking suspect.
The fog was hanging in a thick blanket low over the countryside and there was a distinct chill in the air as I parked outside the parish church of Charlton-on-Otmoor. The church (St Mary the virgin) is listed in the Simon Jenkins book “England’s 1000 best churches” and has a magnificent timber beamed ceiling and a very famous 16th century wooden rood screen, the cross of which was garlanded with seasonal greenery. I left the village behind and headed into the neighbouring settlement of Oddington. The fog was still thick but the bare trees and hedgerows were alive with wildlife, there were flocks of Redwings, murmurations of Starlings and airborne Rookeries and it made for pleasant, undemanding strolling. The route led me across muddy fields, hugging the hedgerows until I emerged next to two beautiful thatched farmhouses in the hamlet of Noke. In spite of the name meaning “at the Oak trees” there wasn’t an Oak tree to be seen and I made my way along the high street before taking the path that led me to the Ot Moor RSPB reserve. Recent sightings there have included Whooper Swans and Pintails but I was treated to the beautiful sight of a Marsh Harrier skimming low over the reedbeds. The muddy path led me through a military firing range and onto an old Roman road which eventually took me into my fourth of the “seven towns of Otmoor”, Fencott. From Fencott, I followed the lane that led me back to my original starting point muddied but content.
One of the sadder aspects of the walk was the number of houses I passed named “The Old Black Bull”,
“The Old Post Office” or “The Old Schoolhouse”, reminders of a time when these tiny communities really functioned as autonomous entities rather than being dorm villages for wealthy refugees from Oxford or Bicester. It is a trend that in recent times has become depressingly familiar. In the village I was bought up in and where my Dad has lived for nearly forty years we used to have a primary school, two pubs, a shop/post office, a village tea room, a staffed railway station housed in a Victorian building and two market gardens. Whilst the school has grown in size, the one struggling pub is the only remaining community asset in the village. People of my generation have been priced out of rural living and, for me, the heart has left many of these communities as they become little more than retirement villages for the wealthy!

3 thoughts on “A short walk in Oxfordshire”