More walks in and around Grasmere 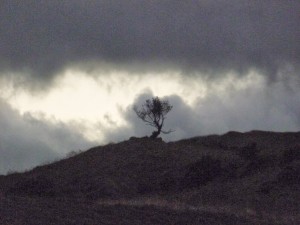 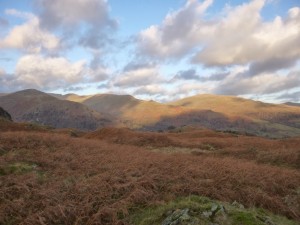 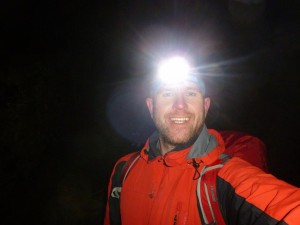 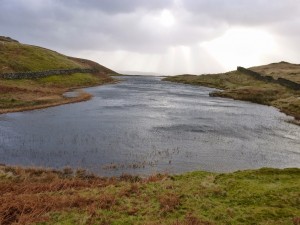 I’d only been in Grasmere a couple of weeks earlier, but the great deals the YHA are currently offering on accommodation meant I could get a room to myself for roughly the price of a dorm bed. Butharlyp House (Butterlip is the pronunciation apparently) is an excellent hostel, well appointed, attractive and staffed by cheerful and helpful team members, an ideal location for a couple of nights. Since I’d read Hunter Davies’s excellent “A walk around the Lakes” I felt better educated about the life of Wordsworth and, even in early December, there were still tour buses disgorging Japanese tourists outside the “Sarah Nelson Gingerbread shop” and “Dove Cottage”. “Tweedies” is far and away the best option for a post walk pint by the fire, a choice of eight real ales and plenty of other options and some impressive looking food, I stuck to the beer on this occasion!
Anyway, enough of the tourist information. Loughrigg is exactly the kind of lumpy, bumpy, path criss-crossed, tarn dotted fell that I imagine has ML assessors salivating. I decided to head up mid-afternoon and play around for a bit before making my way back via the light of my head torch. I scrambled up stream beds, located tarns and trickles, watched Jackdaws playing on the thermals and listened to the insistent “cronk” of the Ravens. I found my way to Scartufts and as I ploughed through the boggy mire the light dropped and the headlights of the cars below skirted Rydal Water. In the darkness I located Lanty Scar, dropped down into Loughrigg Holme and ended up handrailing the wall above the slightly smutty sounding Rough Intake until I found myself back safe and sound in Rydal. I find Night Nav on my own can still be a bit intimidating but as my confidence and ability slowly increases I feel the immense satisfaction that comes from a skill being honed.
The forecast for the next day was apocalyptic and I as readied myself I could feel the glances upon me and the implicit, “You’re going out in this…..?” Twenty minutes into my ascent to Alcock Tarn I wondered why I hadn’t listened. The rain was torrential and unrelenting, trees bucked and bent in the wind and even the hardy Herdwicks huddled in the lee of stone walls and chewed the grass in miserable silence. A couple of gusts nearly had me off my feet but I continued to climb bent into the wind until I reached the beautifully appointed tarn on the lower slopes of Heron Pike with views of Grasmere and beyond. Rain turned to stinging sleet, the wind continued to blow and I trudged towards the village, then the wind continued to blow, the clouds scudded by and I ascended smiling to Stone Arthur under blue skies! I had a sandwich sheltering between two rocks out of the teeth of the gale and then contoured round below Great Rigg to reach Grizedale Tarn, one of Lakeland’s best. Last time I’d been here was on my C2C route and the false summit as you climb up Great Tongue had crushed me, this time I at least knew what to expect…..I saw the only two other walkers of the day at the Tarn and then slipped and clambered up the screey slope of Seat Sandal affording spectacular views down Patterdale to Ullswater. The unusual name is, apparently, a derivation of the old Norse for “Sandulf’s Hill Pasture”, but it’s a rare, old spot with views to match. Leaving the summit it was a knee crunching descent down the Southern slopes before following Great Tongue back down to “Tweedies” and a welcome pint by the fire! Sometimes the inclemency of the weather is the only way to get some of the more popular fells to yourself!