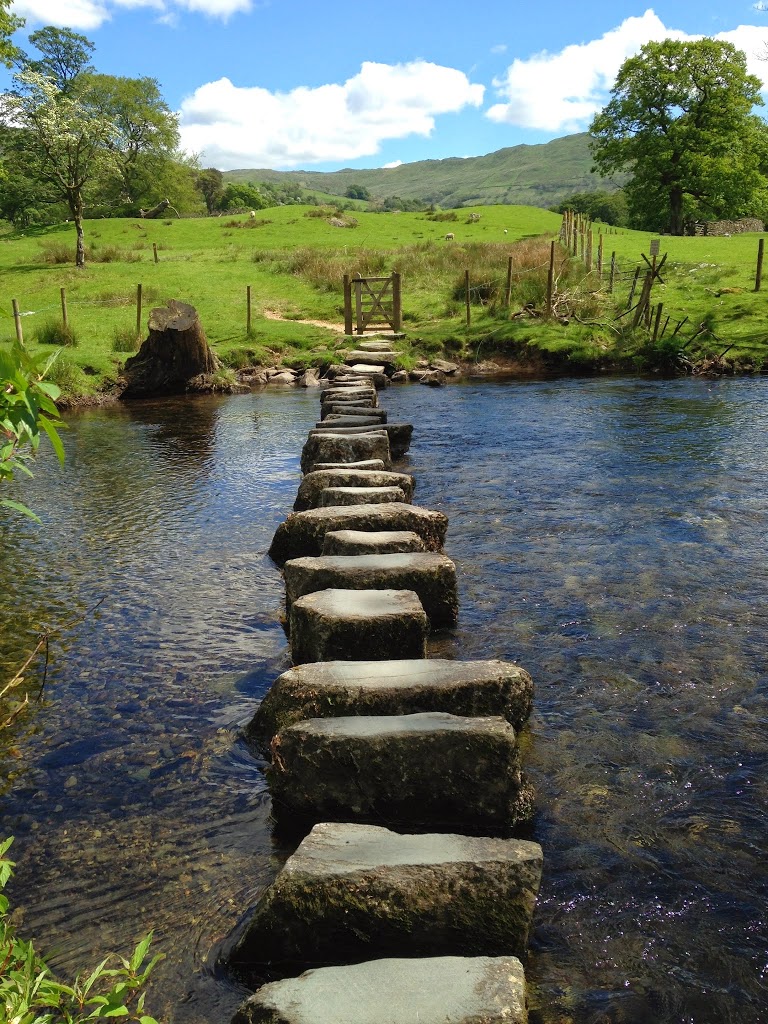 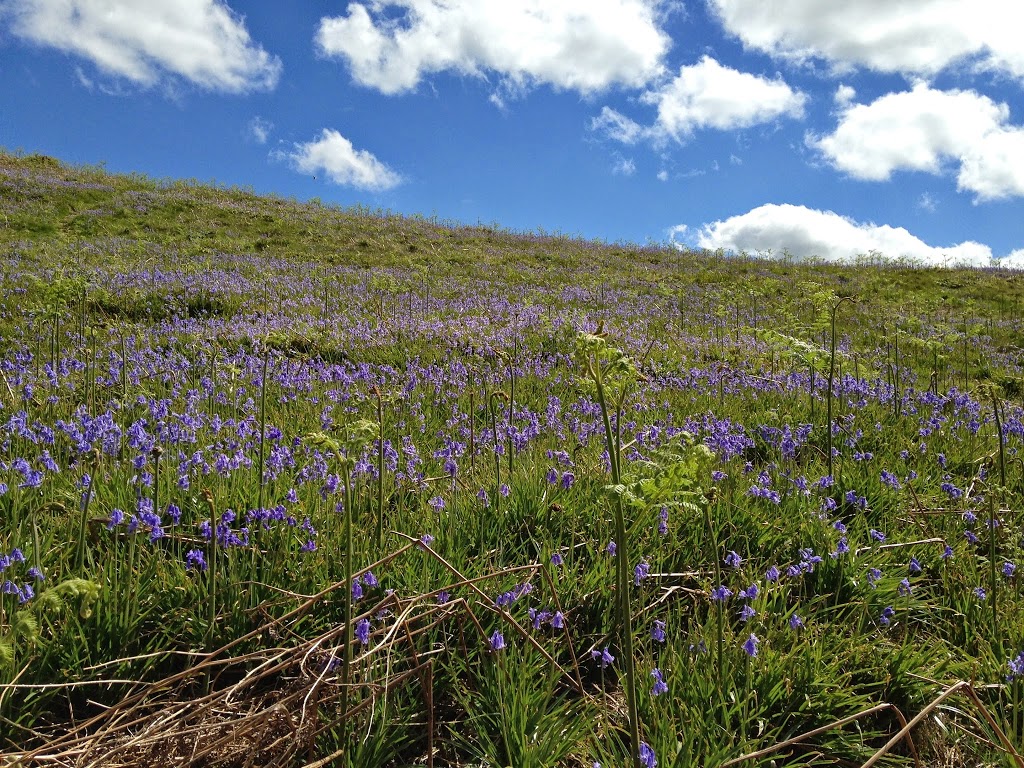 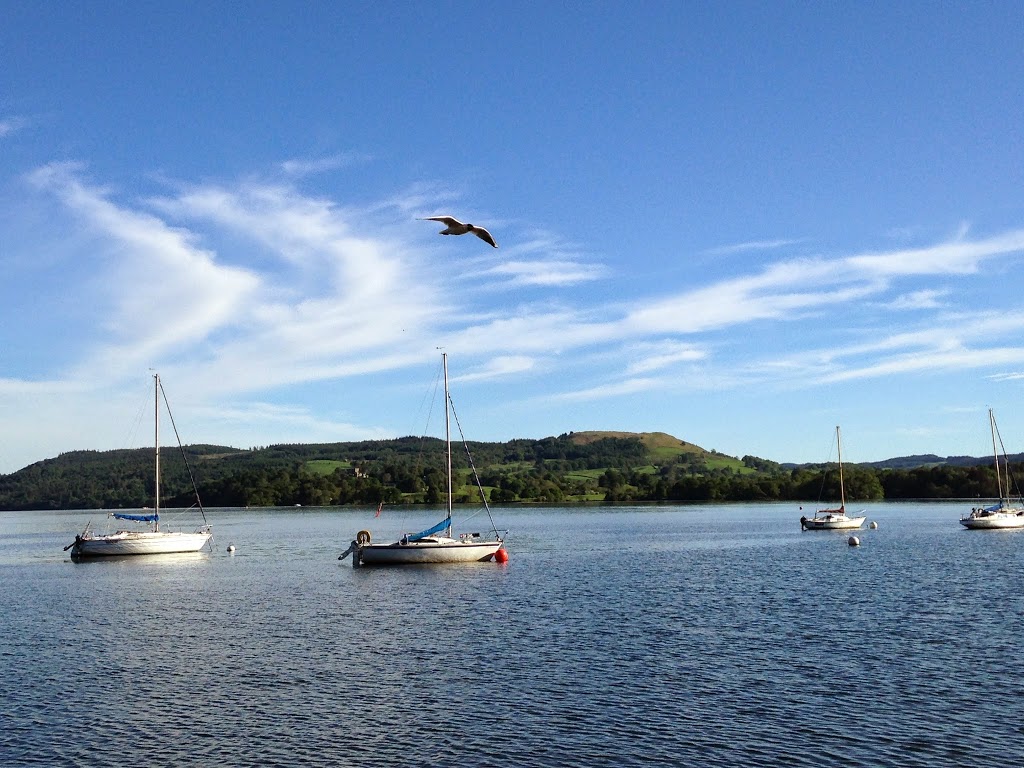 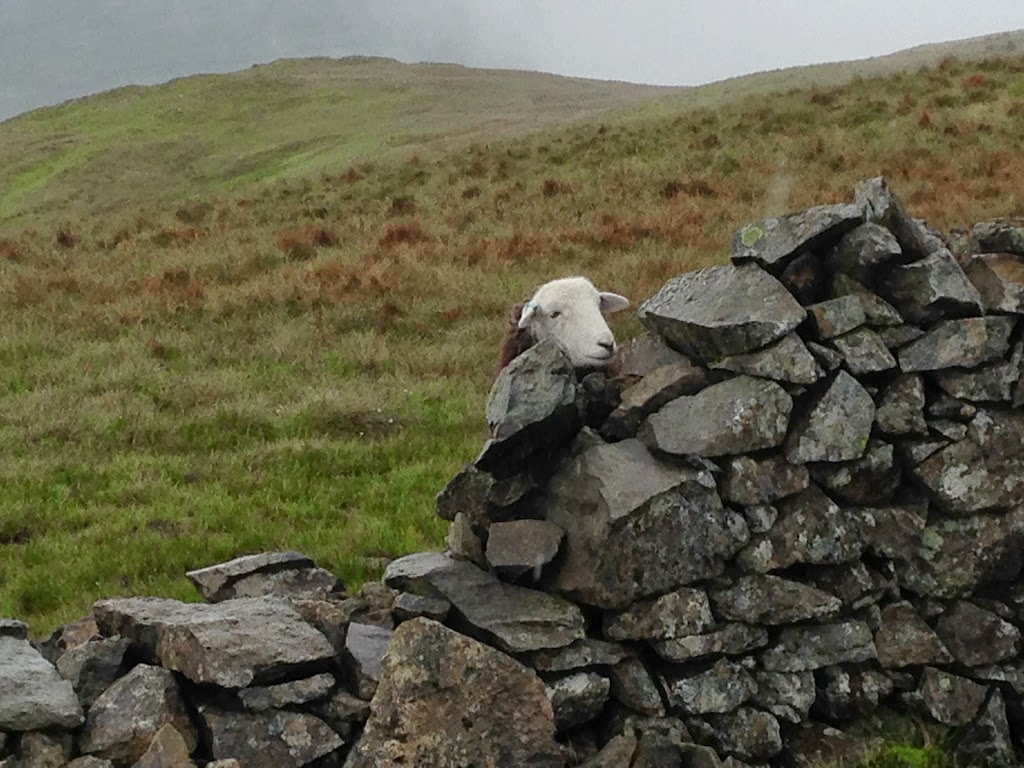 I’ve mentioned before that Loughrigg Fell is particularly well suited to practicing navigation on. It attains no great height, but it is easily accessible and covered in lumps, bumps, gullies, tarns, streams and wiggly contours of the most perplexing type. So ideal really as I make my last push towards ML readiness! The sun had bought out the masses and Ambleside (where I stayed at the excellent YHA) was heaving with people, but once I got out of the car and wandered down the back road to Under Loughrigg it wasn’t long before the masses melted away and I found myself climbing up onto the fell in contemplative silence. I spent a couple of hours around Lanty Scar and Fox Hill. I was using the 1:50000 scale which I still find tricker for fine nav, but it was a reasonably successful outing enhanced by the bluebells, which I think have been better this year than in a long while. There were views to Grasmere, Rydal Water and Windermere and the cotton wool Cumulus drifted by as I sat drinking it all in. After a pleasant evening sitting in the sun outside the hostel, I wandered down to Rothay Park to meet Graham http://www.beardedmountainman.com/ who despite a full schedule of D of E work had been kind enough to spend a good few nights wandering round the fells with me in order to try and prepare me for assessment. It was a beautiful, clear night and another couple of hours passed as we navigated our way around the fell under a spectacularly starry sky.
The next morning that spectacular sky had been buried under heavy, bruised clouds and as I chugged up “The Struggle”(which I still think is one of the best named roads in the world….”Where do you live?”, “No 4 The Struggle….”) the rain began to fall. Mine was the only car in the carpark opposite “The Kirkstone Pass Inn” and the inn itself soon disappeared in the clag below me as I ascended to Raven Crag. In the poor visibility I worked my way from point to point before reaching the Mark Atkinson monument. The monument remembers a landlord of the inn who died in 1930 and wished to be remembered in site of his life’s work. His son is also remembered on a plaque. From there I attained the two tops named as Caudale Moor and Stony Cove Pike and then made my way down in deteriorating conditions back to the car. This was my last outing before my final ML assessment and the conditions were ideal for practicing navigation, now it is crunch time, but I feel as well prepared as I can be!