Mountains beginning with C (and a few others too…..) 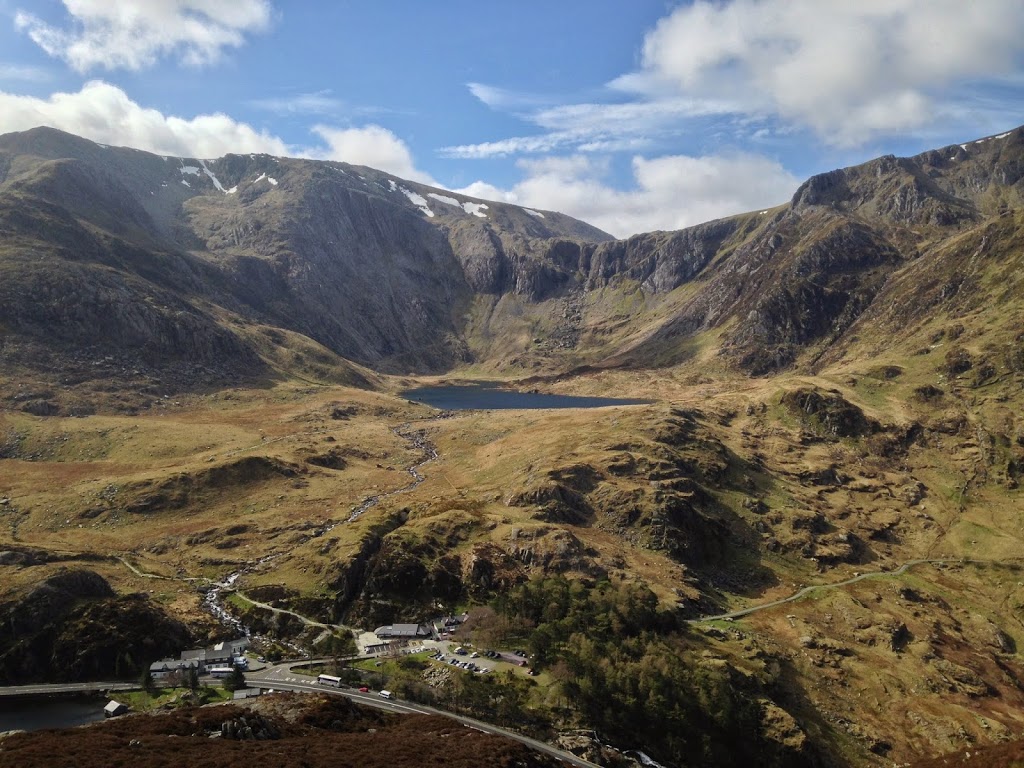 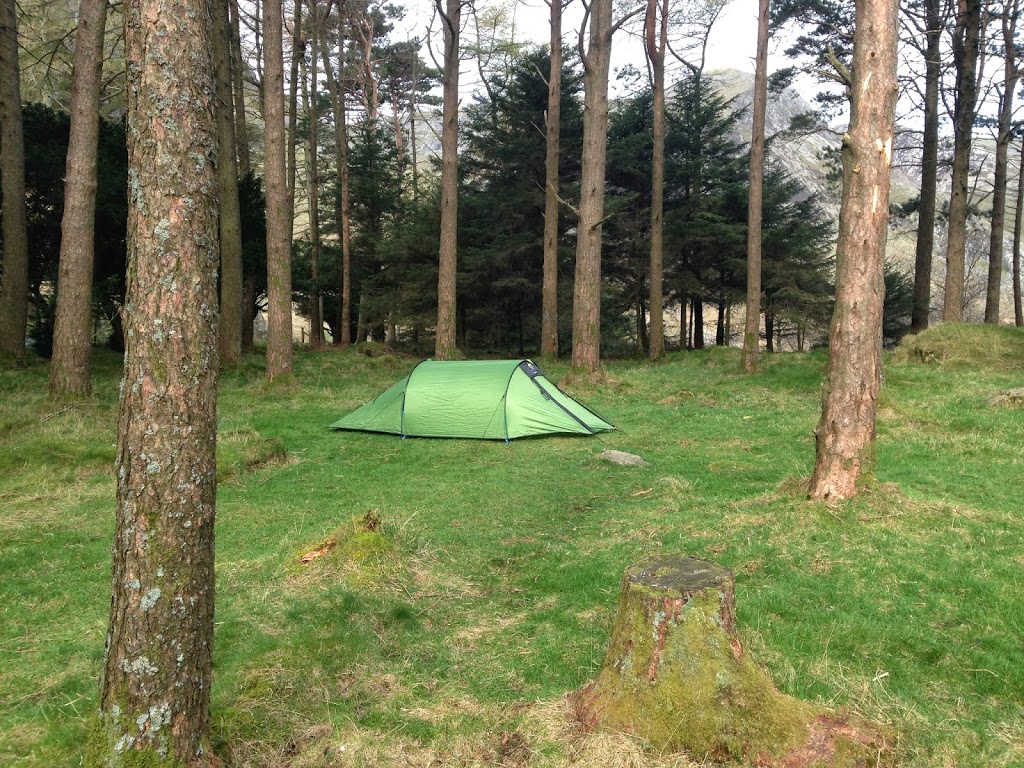 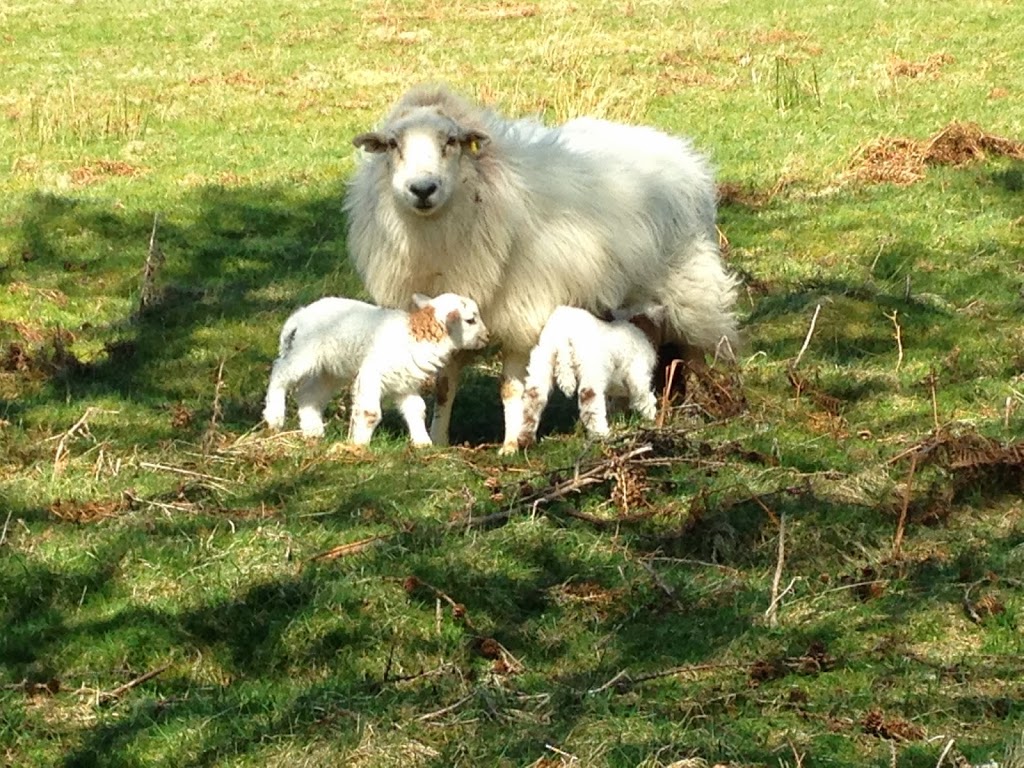 Wales in the sunshine, there can be few better places to spend a couple of days. I left Manchester under cloud but by the time I arrived in Conwy the sun was shining and the sky was blue dotted with a few cotton wool cumulus. The YHA http://www.yha.org.uk/hostel/conwy is a modern building perched on the hillside above the old town, and, as well as offering excellent views from the dining room and roof top viewing area, it is perfectly located to attack Conwy mountain or Mynydd Y Dref (Mountain of the town). At 244m, mountain might be stretching it a little but it’s an interesting spot affording amazing views along the coast and across into Snowdonia. The summit ridge is dotted with remains of Neolithic huts and of a very substantial Iron Age hillfort. It made for a very pleasant couple of hours of strolling, there were spring Lambs finding their feet in the fields and Gulls and Ravens wheeling over head and I was reminded of the pleasures of walking by the sea. I finished my day with a walk around the old walls of the city, a mooch along the harbour arm where the Herring Gulls scrounged chips from visitors and a few pints in the excellent Albion alehouse http://albionalehouse.weebly.com/index.html, a gem of a pub situated in the heart of town.
Wednesday, I headed into the Ogwen valley, one of the most spectacular spots in Wales, possibly even the UK. I parked at Idwal Cottage and set off on to the rocky lower slopes of Pen Yr Ole Wen. I’d admired this mountain many times from excursions up Tryfan,Y Garn and the Glydderau, and it had always looked like a gnarly, scrambly route up, and it proved to be exactly that. Apparently the name means “Head of the White Slope” and by the time I had made my way up on to the surprisingly broad, sloping summit dotted with snow on the North face, the name seemed to make sense. The 360 degree views were stunning and worthy of a short rest after the steep, rocky scramble up. The climb up onto Carnedd Daffyd, Wales’s third highest peak and named after Dafydd ap Gruffud, the younger brother of Wales’s last independent prince. Dafydd met a grisly end at the hands of Edward I and, as he was in the shadow of his regal brother, so the hill named for him sits in the shadow of Carnedd Llewelyn named after the last Welsh prince. The ridge between the two, known as Ysgolion Duon, is a fine walk with nerve shredding drops on one side, but once traversed the climb up to Llewelyn’s summit is an easy one. I descended back on to the ridge before dropping down towards Llyn Ogwen and making my way back to my tent in the grounds of the hostel. I did a night nav that evening around Llyn Idwal, it’s a very eerie area, the huge bowl of rock sitting around the lake and there are many myths and legends associated with it.
Thursday, I drove out of the Ogwen valley and parked in Capel Curing in the shadow of Moel Siabod. I had heard that Plas-Y-Brenin use the area a round Crimpiau as a navigation practice area and had decided if it was good enough for them, it was good enough for me! It’s a really beautiful area of lumps and bumps, hummocks, tussocks, marshes and rocks. Buzzards wheeled overhead “mewing” and soaring, Ravens cronked and Wild Ponies picked their way across the rocky slopes. I spent hours aiming off at spot heights, seeking out contours and drinking in the views of Siabod and back down the valley. From the top of Crimpiau itself (name very aptly means fine, high ridge) I watched a navigation workshop taking place far below and then followed the ridge line along to the pretty, turtle shaped Llyn Y Coryn and then onto Clogwyn Mawr which, after a short, steep scramble off the edge, I made my way back to the Moel Siabod cafe where I was rewarded with coffee and an excellent buttery, syrupy flapjack.
So, a cracking couple of days walking in one of the most beautiful areas of Wales. Lots of mountains beginning with C and a fair few more of Wales’s tallest peaks. However, the substantially lower peaks of Crimpiau and Conwy Mountain proved to be more than equal in terms of enjoyment. I can’t wait to head back and maybe pick out a few decent wild camp spots tucked in and amongst these magnificent peaks.

2 thoughts on “Mountains beginning with C (and a few others too…..)”