All the latest news 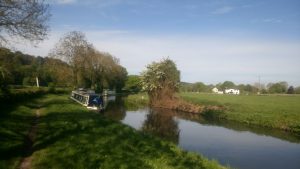 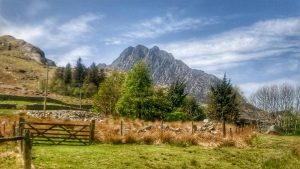 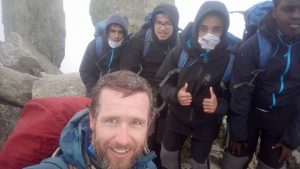 It’s certainly getting to the time of year where we are at our busiest and that entails lots of early morning starts, pints of coffee, endless rounds of Popmaster and plenty of miles in the legs. After heading back from three fantastic days in Scotland it was straight down to Northamptonshire for a Bronze D of E training expedition with BXM. It’s not a part of the country I have been to before and it made a very favourable impression. Over the two days we looked at navigation technique, rucksack packing, campcraft and safety and tent erection and on the second day, the groups were let loose on their own in order to develop the independent skills they’ll need for their assessment.
I stayed with BXM for a very different bit of work the next week. The CRUX programme has been designed to work with underachieving boys in years 9 and 10 to help them develop team working, goal setting and motivational skills. The boys learned how to set up their tents and use stoves, they practiced meditation techniques and then set off on the adventurous element of the programme. We worked with small groups of four to ascend Tryfan, one of the UK’s most iconic mountains, via the Heather Terrace. We set off in beautiful sunshine but by the time we were ascending the scramble to Adam and Eve on the summit we were in the thick of the clouds and getting buffeted by strong winds. The day continued as we headed towards the Miner’s Path and then dropped down for a wild camp above Pen Y Pass with views of the intimidating ridge of Crib Goch and a beautiful sunset. Day three saw us set off to conquer Snowdon, Wales’s highest peak. Again the weather wasn’t the kindest to us and as we climbed the clouds dropped, the wind howled and the rain started to fall…..but we went on undaunted and eventually reached the summit at 1086 metres, a real achievement for a group of lads from Luton who two days earlier had never been on a mountain! The rain continued to fall as we descended down the Llanberis path but morale remained high and before long we were sat in the café at Electric Mountain with a warming mug of Hot Chocolate and an overwhelming sense of achievement. I am a firm believer in the power of the outdoors to be a positive force in people’s lives. It has massively improved my physical and mental health and I am proud to have been part of this very worthwhile programme. I look forward to working on a second programme in a couple of weeks time and hope the weather might be a bit kinder to us!
It was no rest for the wicked and after a day off, a well earned pint, a hot bath and a night in a bed it was off down to Shugborough in Staffordshire for a Silver D of E practice with Entrust and Chellaston Academy. The practice was on Cannock Chase, a beautiful part of the world full of lovely woodland and open commons. The groups were great, well mannered and independent and the whole expedition had a feeling of “Spring has sprung”. There were Bluebells, Green Veined White Butterflies, Cuckoos were calling and all seemed well with the world. Yet again, that feeling of being incredibly lucky to spend my working life in the outdoors washed over me. This weekend I’ll be in the Lakes and then back on Snowdon, it’s a dirty job…..