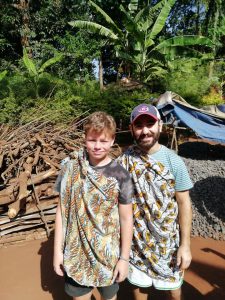 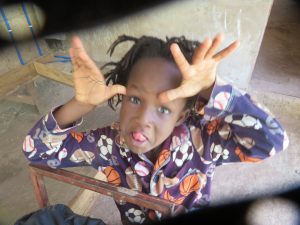 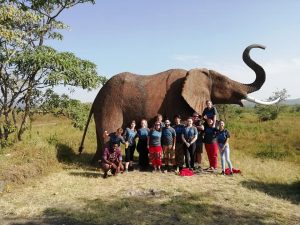 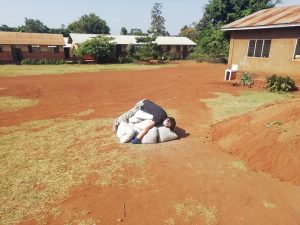 Over the last couple of years I have been very lucky to visit East Africa on a number of occasions and it is a place that definitely captivates and interests me. My first trip with Camps International was to Uganda in 2015, it was very meaningful for me, aside from the project work we did there, as my grandfather (and hence my mother) lived in Uganda during the Sixties when he worked at Makerere University in Kampala. Since that trip I have visited Kenya and Malawi with Camps but,until this trip, never Tanzania which is where my Mum went to school. Whilst my Mum died nearly twenty years ago, my Grandmother and Aunts and Uncle still talk fondly about their time in Africa and this familial link has helped to make these expeditions to East Africa all the more meaningful for me.
On this expedition we only had a small team of eight students and four teachers from Blyth Academy, a Canadian school in Qatar, but what the team lacked in size they more than made up for in terms of commitment and enthusiasm. We were lucky enough to be supported by a wonderful in-country team who looked after, educated and fed us superbly. We started our trip with a day in the foothills of Kilimanjaro learning about the conflict between the Chagga and Maasai people. In order to escape the predatory machinations and attacks of the latter the Chagga dug an extraordinary cave system in the hills with entrances concealed by poisonous thorn bushes and kilometres of tunnels concealing living accommodation for both people and live stock. Last year I was fortunate enough to visit the Cu Chi tunnels in Vietnam, the world famous defensive fortifications built by the Vietcong, this network was as, if not more, impressive but is virtually unknown even in Tanzania let alone the wider world. We continued through fantastically lush plantations of banana and coffee to the entrance to the Kilasiya Waterfalls. The name means (roughly) “Never dries up” and even now, at the end of the dry season, there was plenty of water flowing from the falls situated at the head of a beautiful, steep sided ravine, the walls of which were draped with lianas, air plants and no end of other tropical greenery, it was a truly spectacular way to start our trip!
The next three days were spent on the “service” element of the trip with our team volunteering at Mbokumu Primary School where they worked very hard on repairing the damaged verandah of the community hall. It involved lots of sand sifting, cement mixing and chipping away of damaged concrete, all of this in temperatures reaching 35 degrees in the afternoon! None the less the team stuck at it and by the time we left had completed a large section of perfectly smooth concrete which looked and felt much better than the pock marked, cracked surface that was there before. In addition to the hard work the guys had the opportunity to interact with the local students resulting in mass games of tag, animal impersonations and a very sweaty game of football that ended in an honourable draw.
We had a fascinating morning with a group of village “mamas” who we helped as they cooked up beef and plantains with chilli relish on an open fire. We fed the goats, collected water from the river balancing the buckets on our heads, planted a banana palm and learned about how vital the different types of banana are to the local population! Each banana palm only fruits once so it is a very labour intensive process but the fruits are eaten and sold and the leaves are used for thatching, shade and to feed the goats. Our last day was spent on safari at Arusha National Park which sits in the shade of Mount Meru. It’s a really mixed landscape of savannah, forest and wetland and we enjoyed some excellent wildlife sightings including a family of elephants, herds of Giraffe, Waterbuck, Baboons, Zebra, Warthog, Cape Buffalo, flocks of Flamingo and Blue and Black and White Colobus Monkeys. It was a great way to end an exciting and rewarding week and send the team home with some awesome memories. I am returning to Tanzania this Summer for a month with another team for the UK and with my appetite now suitably whetted I can’t wait!!