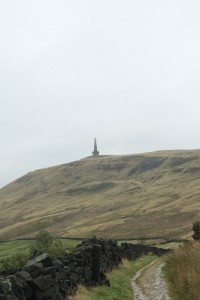 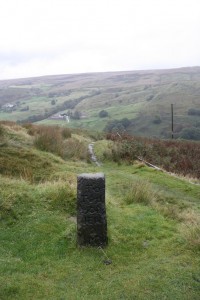 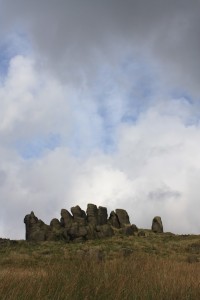 The good folk of Yorkshire must have done something to upset the almighty given the almost Biblical deluge that they’d been on the end of over the last week, none-the-less that was where I headed last week with the express intention of getting a few miles in my legs. I stayed in the Mankinholes YHA, a cosy hostel set in a 16th Century manor house http://www.yha.org.uk/hostel/mankinholes and a mere five minute walk from the excellent Top Brink Inn http://topbrink.com/ where photos of hardy looking Yorkshire farmers and horse brasses adorn the walls. Lumbutts, the neighbouring hamlet, has a magnificent Methodist chapel and John Wesley was once a regular visitor to the area where he preached to the locals.
The Todmorden Centenary Way is a 20 mile footpath created to commemorate the granting of Borough status to the area. With the walk in and out from Mankinholes and the occasional, ahem, detour, I reckon I ended the day with 23 miles under my belt which I think is probably my longest day of walking……there or thereabouts anyway! The walk up to Stoodley Pike set the tone for the rest of the day, muddy and wet underfoot and grey and squally overhead, yuck! I climbed up to Stoodley Pike and admired the view of cloud, cloud and a little more cloud! The monument on the Pike was completed in 1856 to commemorate the end of the Crimean War. It was designed by James Green and replaced a previous monument that was destroyed by lightening. It is certainly a spectacular spot and with the cloud and mist swirling around had a distinctly ghostly feel. I continued along The Pennine Way squelching through the puddles and moving in and out of cloud until I reached the vast expanse of Warland Reservoir where the rain set in…….so far, so good! Walking off the moor into Warland, I crossed the A6033 and past the Steanor Bottom Toll House before heading up the abandoned Calderbrook Road. The road had a kind of post-apocalyptic air to it as nature had taken hold and there were rabbits, squirrels and kestrels not to mention plenty of blackberries and wild roses.
The landscape round here is wild but man’s stamp is very clear. Everywhere there is evidence of old mine workings, abandoned buildings, the inexorable column of electricity pylons and in the distance wind turbines slowly turning and dominating the landscape. None-the-less, the moorlands feel wild, exposed, barren and untamed and in 23 miles of walking I only met two other people, not something you could often say in the Lake District! I passed the Allescholes farms and headed up to the ruined farm at Ramsden at the South West end of Carberry Dam. The moors past here grew wilder and more mine workings and ruined buildings gave a real feeling of desolation. The wildlife clearly flourishes here and I saw Kestrels, Meadow Pippits and a flock of the very rare Twite, a real bonus! More moorland walking took me into Cornholme (the only place on the route with a pub as far as I could see) before another ascent led me over the Whirlaw Stones and opened up great views back across the valley to Stoodley Pike.
The last section of the walk took me down through Beech woodland and along the Rochdale canal before climbing through the woodland of Stoodley Glen and back to the villages of Harvelin Park and Stoodley. As I climbed back onto the Pennine Bridleway for the last mile back to Mankinholes the heavens opened for the last time and I arrived back at the hostel bedraggled, footsore but feeling very satisfied at the completion of a job well done.

2 thoughts on “The Todmorden Centenary Way”