On top of Cheshire 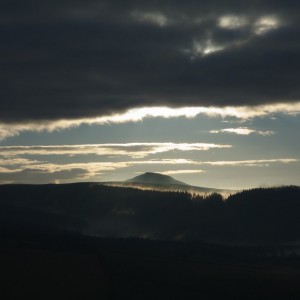 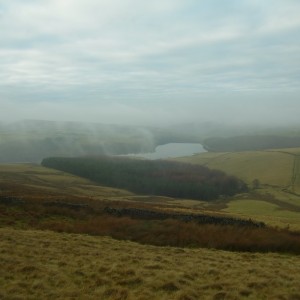 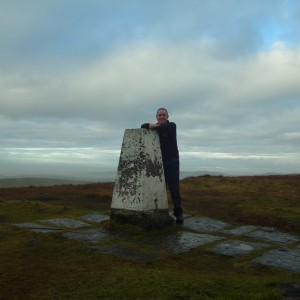 The forecast for this week showed Tuesday as being the only rain free day, so bearing that in mind I decided to have a crack at Shining Tor which had long been on my list of “I’ll get round to doing that one day……..”hills. At 559m it is the highest point in Cheshire and affords great views of Shutlingsloe and the Cheshire plains. I set off from Tegg’s Nose on The Gritstone Trail, bypassing the noisy dogs of the Windyway Kennels and Animal Sanctuary and was soon into that familiar Cheshire countryside problem of mud and barbed wire. The farmers of Cheshire seem pathologically fond of both barbed wire and churning up footpaths as much as possible, but my new Berghaus boots are made of stern stuff and I plodded onwards through the mud eventually making my way to the Berristal Road where I watched a nuthatch, a suitably festive Robin and a flock of Long Tailed Tits making the most of a well stocked bird feeder. Given that I’ve been unable to attract as much as a Sparrow to mine so far this winter I was rather envious and as I followed the road up to the isolated farm at Snipe House.
I carried on to Lamaload Reservoir and followed the track around it initially through Pine forest before climbing a little and following the shoreline round to the carpark and lonely looking abandoned building from where I watched a few Tufted Ducks on the water. Carrying on to Andrew’s Edge the gradient increased and the ground underfoot became increasingly sodden, but with the fortitude of Bunyan’s pilgrim I slogged onwards and reached the ridge to be rewarded with a flagged path that led me to the Shining Tor Trig point and a great spot for a gammon roll with a view to Shutlingsloe looking more Alpine than ever today! Regretting I didn’t have time to pop into “The Cat and Fiddle” for a fireside pint I followed the permissive path down to Torgate Farm and through fields of inquisitive sheep before following Charity Lane back to bottom of Buxton Old Road and meandering my way back to Tegg’s Nose.

2 thoughts on “On top of Cheshire”