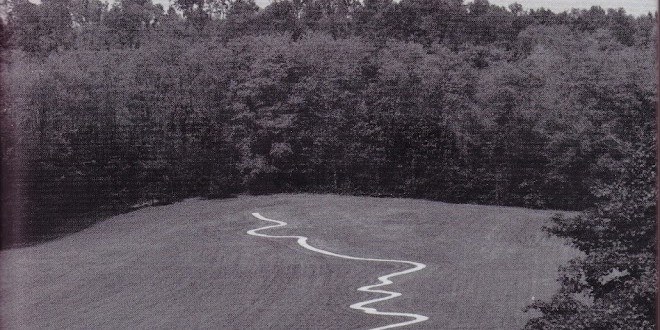 The Old Ways by Robert MacFarlane

“Much has been written of travel, far less of the road”
Edward Thomas-The Icknield Way 1913 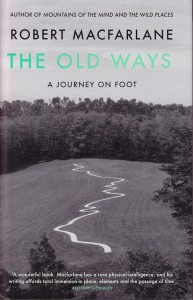 I have recently finished reading The Old Ways by Robert MacFarlane. It is quite simply, a stunning book and one that should be on the bookshelf of every walker and outdoor enthusiast. In the book the author sets out to explore, “the ancient tracks, holloways, drove roads and sea paths that form part of a vast network of routes criss-crossing the British landscape and its waters.” In addition to his exploration of the ancient landscapes of Britain he strays further afield looking at how pathways in Palestine are linked to a sense of a whole people’s historical identity. He visits the mountains of Spain and the Himalayas, all the time linking the pathways on which he treads to their history and the history of the landscape around them and the people who have used it and called it home.
MacFarlane writes economically and beautifully, he brings vividly to live the sheer “joie de vivre” that simply putting one foot in front of another can awaken in us. He sleeps rough in wild landscapes, wakes (literally) with the larks and furnishes an obsession with great wanderers of the past including, most notably, the soldier poet, Edward Thomas. He tackles the Icknield Way, a route which claims to be Britain’s oldest roadway and existed long before the Romans came to Britain, he risks the “Broomway”, a perilous and deadly path fringed by quicksand and susceptible to the racing tides of the Essex coast and he tramps the Cairngorms en route to the funeral of his Grandfather, a man of mountainous country.
In addition to the delightful company of MacFarlane himself, the reader is introduced to a cast of “wanderers, wayfarers, pilgrims, guides, shamans, poets, trespassers and devouts”. As well as Thomas who used walking to try and counteract the fierce depressions that blighted his life, we are introduced to the sinister, dour Guga men (gannet hunters) of Ness, to Steve Dilworth a reclusive Shaman and artist of the Outer Hebrides and to Raja Shehadeh who has been walking the paths of Ramallah in Palestine over forty years of war and peace.
The book finishes with the author on the coast near Formby, a few miles from Liverpool. He is crossing the Formby silts where footprints of humans and animals made over 5000 years ago have been preserved in the mud and are periodically uncovered by the tides and the elements. The final chapter neatly ties all the threads of this fascinating book together as MacFarlane literally walks step for step with a man who died 3000 years before the birth of Christ. These landscapes we choose to walk in and explore our not ours, they are part of a vast unending history of journeys. Journeys taken for pleasure, out of necessity, in hope, in desperation, alone, with others, with a defined end and everlasting. We would do well to remember that and feel humbled by it.

All quotes are taken from the book itself.

2 thoughts on “The Old Ways by Robert MacFarlane”