Honister, Great Langdale and points in between 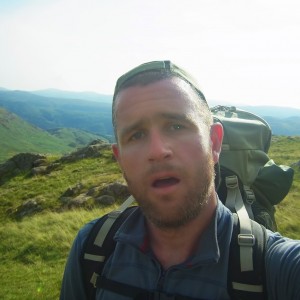 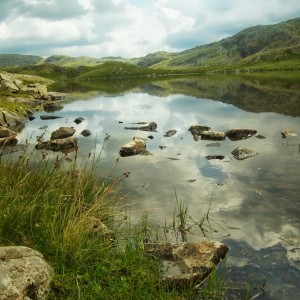 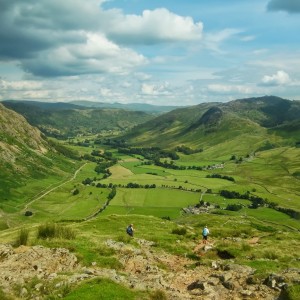 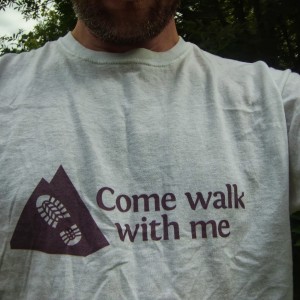 Not being in possession of either children or gainful employment I’d kind of forgotten how the Summer holidays affect the Lake District. There are hills best avoided under these conditions and yet I’d already planned a roughish selection of wanderings to occupy me over three days and I was loathe to stray too far from my prescribed ideas. Whilst it was considerably busier than usual I was fortunate that a little judicious route selection and some reasonably timed starts minimised the amount of contact I was required to have with the many hundreds thronging the fells!
Day one started at the prohibitively priced NT car park in Seatoller. I’d been a member once and when they tried to strong arm us into renewing the subscription they wanted £92 for a couple, the exorbitant fees are clearly the latest example of strong arming people into membership…Heading off up Thorneythwaite Fell (try saying that after a pint or three of Snecklifter) I was soon being treated to views of Derwentwater and the crags above Comb Gill. I was heading for Glaramara, a previous attempt had had to be aborted due to the depth of snow https://www.comewalkwithmeuk.co.uk/2012/12/borrowdaleand-snow.html, so I was keen to get it under my belt. The final gentle scramble onto the summit proved very rewarding, two hours in to my Lakeland August odyssey and still not a soul to be seen! I was experimenting with a 1:50000 scale OS in order to sharpen my identification of contours but my brain hadn’t quite computed the full repercussions so the wander over to Allen Crags took me twice as long as I had convinced myself it would. Arriving at the Crags and with Great End and Esk Hause in clear view I discovered where all the Summer visitors had been, it was akin to Oxford Street in December, people (and dogs) here, there and everywhere! The path most being trodden appeared to be the one towards Scafell Pike but I dropped off it and headed over to Great End for magnificent views and some close inspection by a rescue chopper which circled the summit for some time. Leaving the tops I followed Ruddy Gill down to Seathwaite and then tramped along The Allerdale Ramble back to Seatoller from where I headed up to the YHA at Honister. Whilst it may be that the hostel could do with a lick of paint and a wee bit of TLC, the staff were friendly, the beer cold and the views spectacular all for the price of a good bottle of wine!
The next morning started with the steep haul up Grey Knotts where I snapped a sure fire winner for the “Trail magazine-Face of Fatigue”. The top was reached and the vistas opened out in all directions, Borrowdale, Buttermere, Ennerdale, the heart of the Lakes. The walking over Brandreth and upto Green Gable was gentle and I slipped and slid my way down the Aaron Slack for a bite to eat at Styhead Tarn. Last time I’d been here the snow was knee deep and I’d had the place pretty much to myself, but by lunchtime on a Thursday in August there were already two tents pitched and a plethora of walkers milling about. I headed on up and before too long was escaping the bulk of the crowds once more and slowly ascending Esk Pike for more views back towards England’s highest peak. I had one more peak in mind for the day, Bowfell, which I duly meandered up before the descent to the Three Tarns and then down the knee crunching The Band to arrive in Great Langdale with the sun shining and the lure of a good pint foremost in my mind. Tent pitched and chilli cooked it was time to head off to “The Old Dungeon Ghyll” and then “The Stickleback” to refresh myself with a couple of pints of Esthwaite Ale and Loweswater Gold!
Nathan had come across to join me for the Thursday. We headed off into Mickleden and began the brutal climb up Rossett Pike, this was made slightly less arduous for us by the sight of eight gents hefting their mountain bikes up and over the summit, respect due. We carried on to Angle Tarn and gradually ascended to Esk Hause where perched upon one of the shelter walls I found the Guinness cap that I had inadvertently left there the afternoon before! Honest bunch walkers? Or perhaps the sweat stained soiled and grubby cap hadn’t proved enough of a prize for anyone to covet, who knows? We’d decided to do a traverse around Great Gable and stopped opposite Lingmell for a bit of rope work practice, still one of my bete noirs! The traverse was spectacular, crossing the screes with stunning views down Wasdale and we eventually ended up at Beck Head from where we made our way back towards Honister with some truly awesome views back down Ennerdale and towards Buttermere and Crummock Water.
Even in the height of Summer there are still plenty of spots where it’s possible to find a little Lakeland solitude and the sunshine and the views made this three of my favourite days out so far this year! All that being said, roll on September and the hills to myself once more!

4 thoughts on “Honister, Great Langdale and points in between”