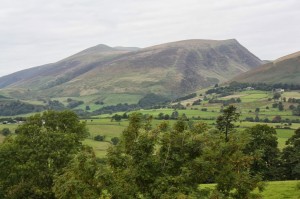 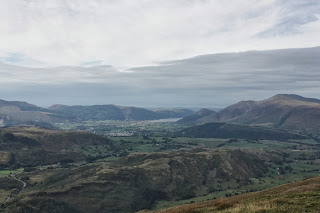 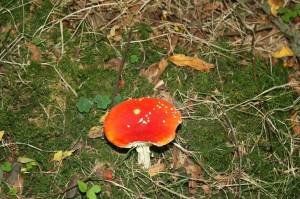 One of the most intimidating aspects of the ML training is the night navigation, it is also one that in order to practice effectively it’s good to have more than one of you. However I have found it tricky to find volunteers to clamber up onto a hillside in the dark and spent four hours bashing through wet bracken in the pursuit of ever smaller and more obscure features. Luckily Nathan is also a ML trainee and one who conveniently lives at the foot of High Rigg, a low, but suitably bumpy fell just outside Keswick. After an hour or two padding a canoe around Derwentwater with excellent views of Catbells and a stop on Herbert’s Island named for a 7th Century Christian hermit, we donned headtorches and headed out onto the hill. Night nav requires a set of different skills with bearings, timing and pacing being the key and we spent four productive hours refining our techniques with varying degrees of success!
The next morning with Nathan heading off to work I made my way over to St John’s in the Vale and set off along the traverse of Wanthwaite Bank that led me under Threkeld Knotts and out onto the moorland below Clough Head. Apart from a farmer and sheepdog on a Quadbike, it was pretty quiet and I made my way to Calfhow Pike for beautiful views over Thirlmere and stretching across the Western Fells. High Rigg sat below me in the sunshine, looking a very different proposition in daylight! I climbed up to Great Dodd and then continued along the ridge to Watson’s Dodd and Stybarrow Dodd with the sky blue above me and the sun on my face. The descent of Sticks Pass is a tough one on the knees but eventually aching and creaking I hit the valley floor and picked up the track that runs through the woodlands that skirt High Rigg before eventually I arrived at the church of St John’s itself before making my way back to my car at Hill Top Farm.
I spent the night at the YHA at Arnside, a magnificent old, rambling building that the YHA has sadly put up for sale. There was a beer festival at The Albion Inn in town and beautiful views across the deadly sands of the Estuary which were peppered with Herons, Curlews, Gulls and other waders. The next day a gentle dander along the promenade towards the woods of Arnside Knott provided more ornithological diversions and the woods themselves served up a couple of Nuthatches and some magnificent fungi. I eventually made it to the top of the Knott for fantastic vistas of the Lakeland peaks and the estuary, truly, truly stunning views! A small sign at the foot of the climb informed that the Knott is Britain’s smallest Marilyn at 159m, a tick for a rather obscure box but an enjoyable way to complete a couple of days of varying walking!