A walk round Wessenden Moor 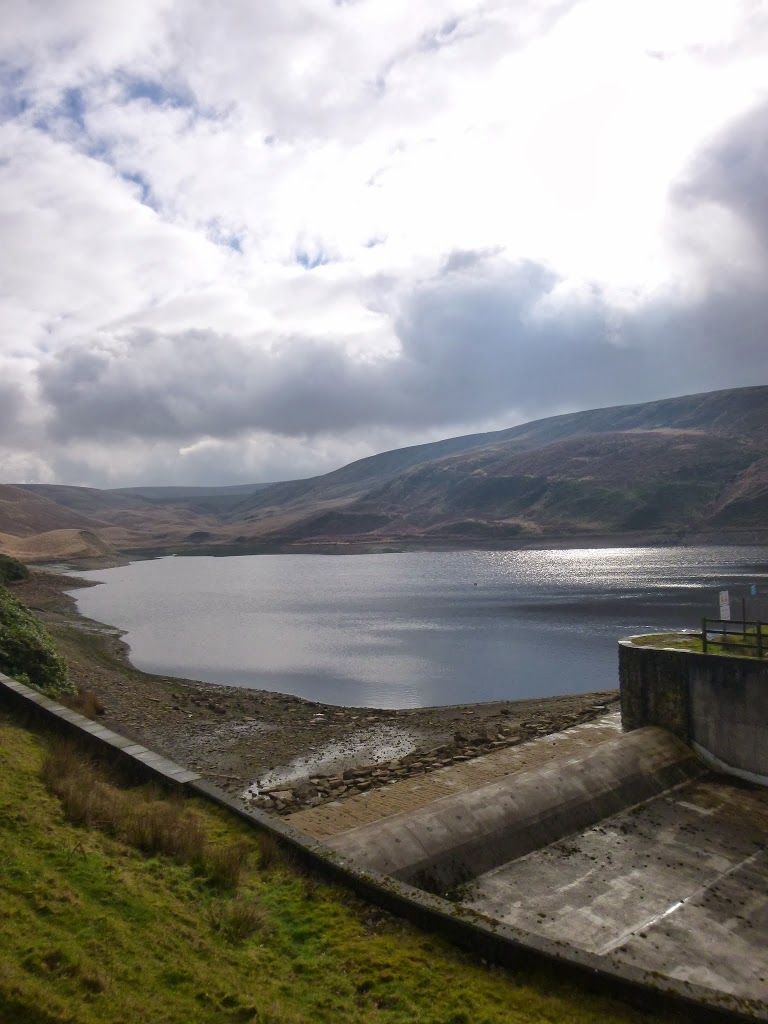 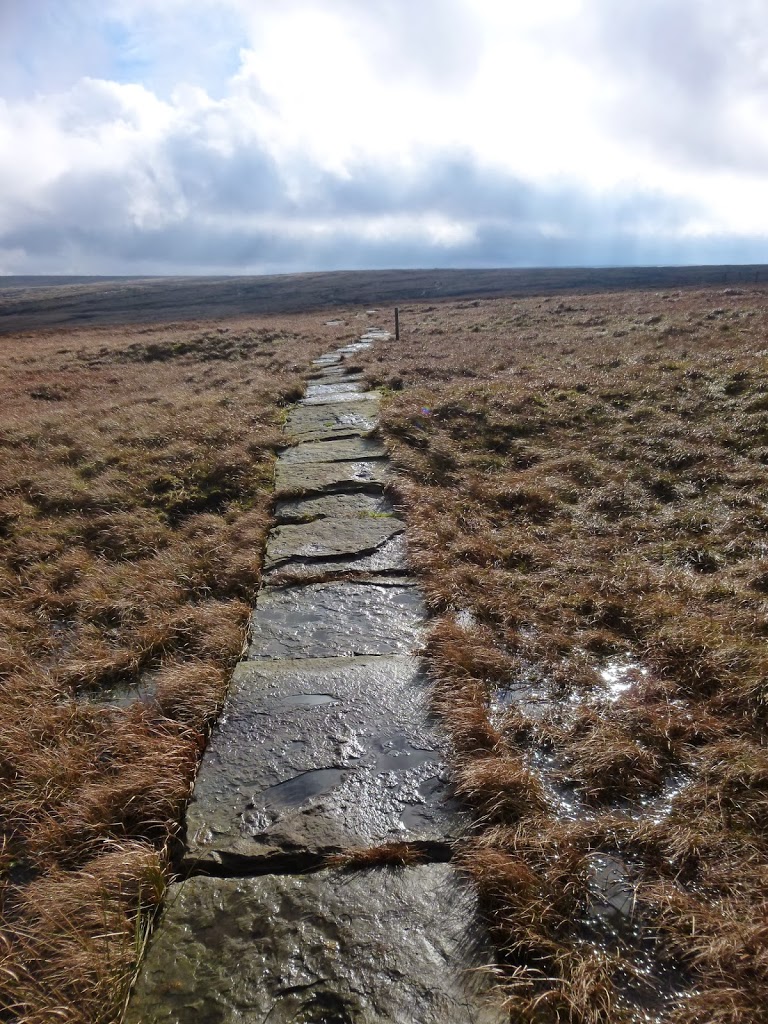 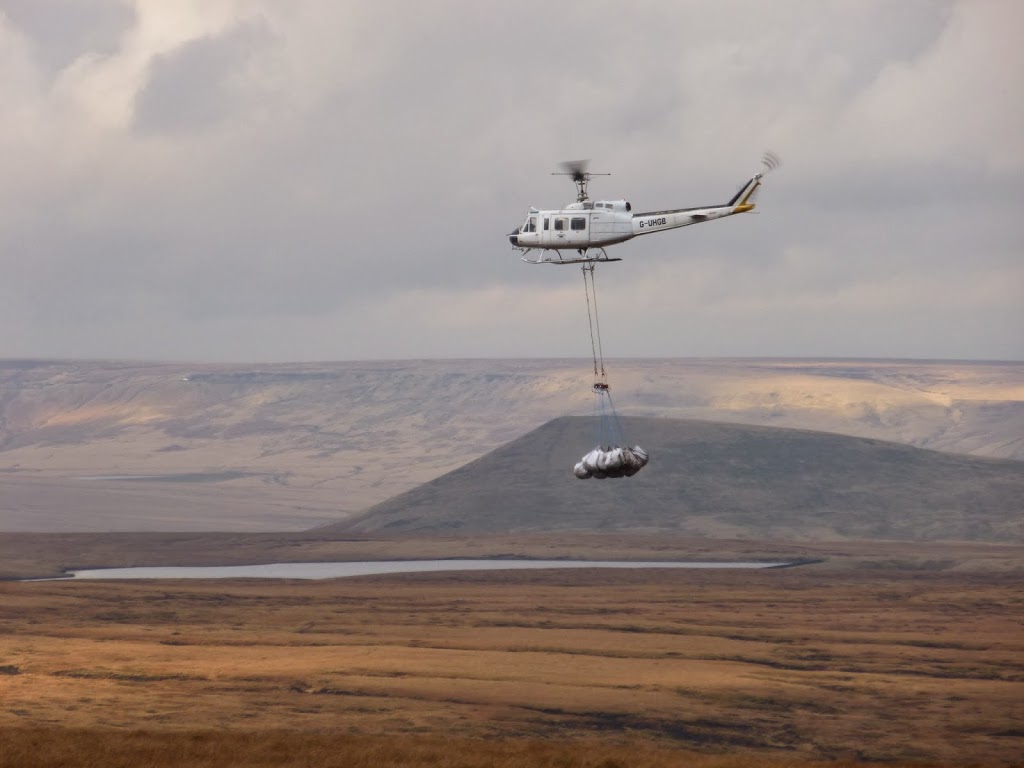 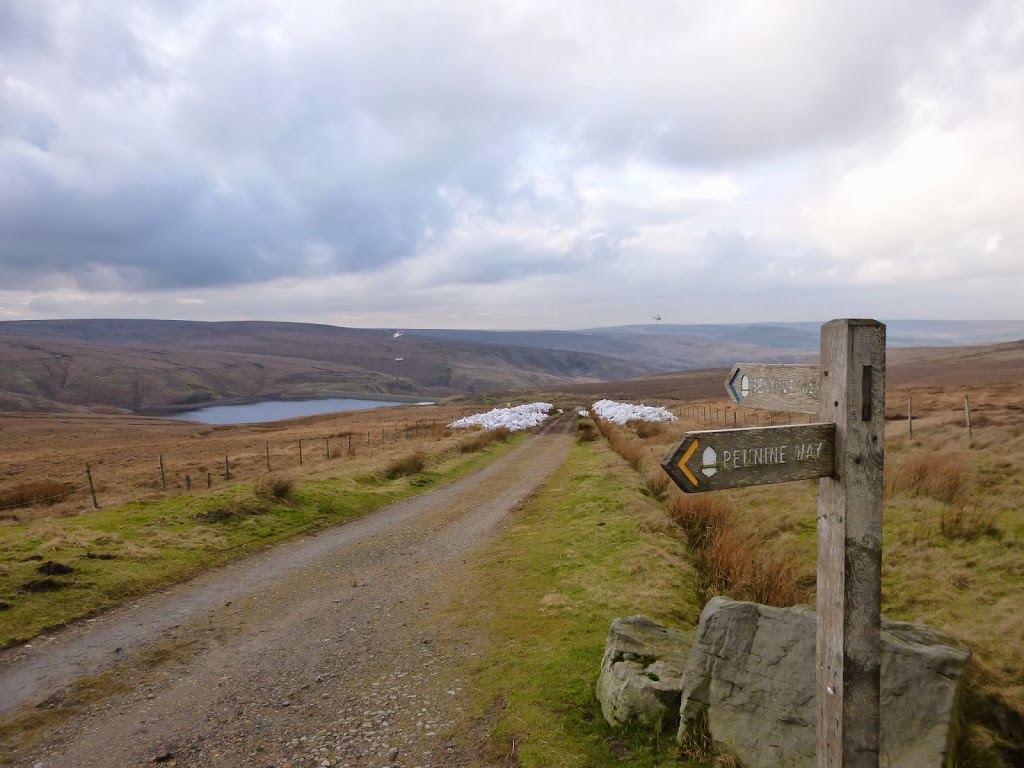 Saddleworth Moor and the area around will, unfortunately, be forever connected with the Moors murders. The deeds of Ian Brady and Myra Hindley have cast a dark shadow over this area and the impression lingers that these are wild places where bad things happen and bodies and dark secrets are buried. The moorland in this area does have a dark and sometimes forboding feel to it, but as a place to find solitude and feel far removed from the urban jungle of Greater Manchester it represents an excellent option.
I parked in the layby at the site of what was once “The Isle of Sky Inn”, Black Hill lay shrouded in low cloud and the car park at Featherbed Moss had been almost invisible beneath the thick blanket of fog. I set off onto The Pennine Way making my way between enormous bags of Heather Brash which was being helicoptered onto the moors and spread by hand to help prevent the worst excesses of erosion. I carried on down past Wessenden Head reservoir to Wessenden Reservoir and Lodge. The Lodge used to serve “rich repasts” in Victorian times, even in Wainwright’s day food was provided, but apparently the last tenant farmer moved out some years ago and the place is now being run as a small scale deer farm. It is certainly a picturesque spot to be situated.
I followed the Pennine Way up Blakely Clough before striking off onto Black Moss and locating an overgrown Grouse butt to lunch in with views of the Butterly Hills and beyond. The helicopters had started ferrying the huge bags of brash out on to Broadhead Moss and the whirring of their rotors accompanied for the remainder of the day. There were plenty of Grouse around as I tramped through the peaty bog making my way up to the tiny pool sitting atop Birk Moss. The cloud had lifted by this point and there were grand views across to the Black Hill and the transmitter mast. I cut down to Shiny Brook in the sunshine thoughts of ghosts and bad deeds far from my mind and followed the line of the stream down to the reservoir where The Pennine Way led me back towards my car. As I reached the gates at the entrance a small sign caught my eye and gave me a sombre reminder of why this area is best known, it provided a website link to a campaign set up to try and ascertain the whereabouts of the body of Keith Bennett who is presumed to still be buried out on the wild moors.