Grasmere to Langdale in the snow! 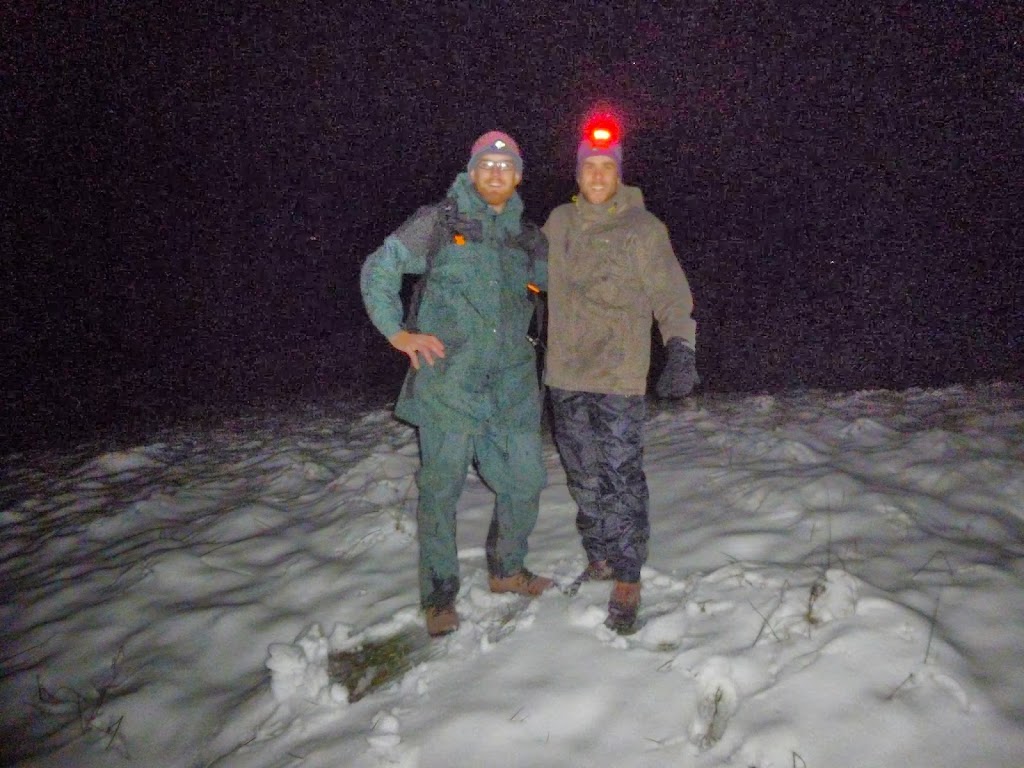 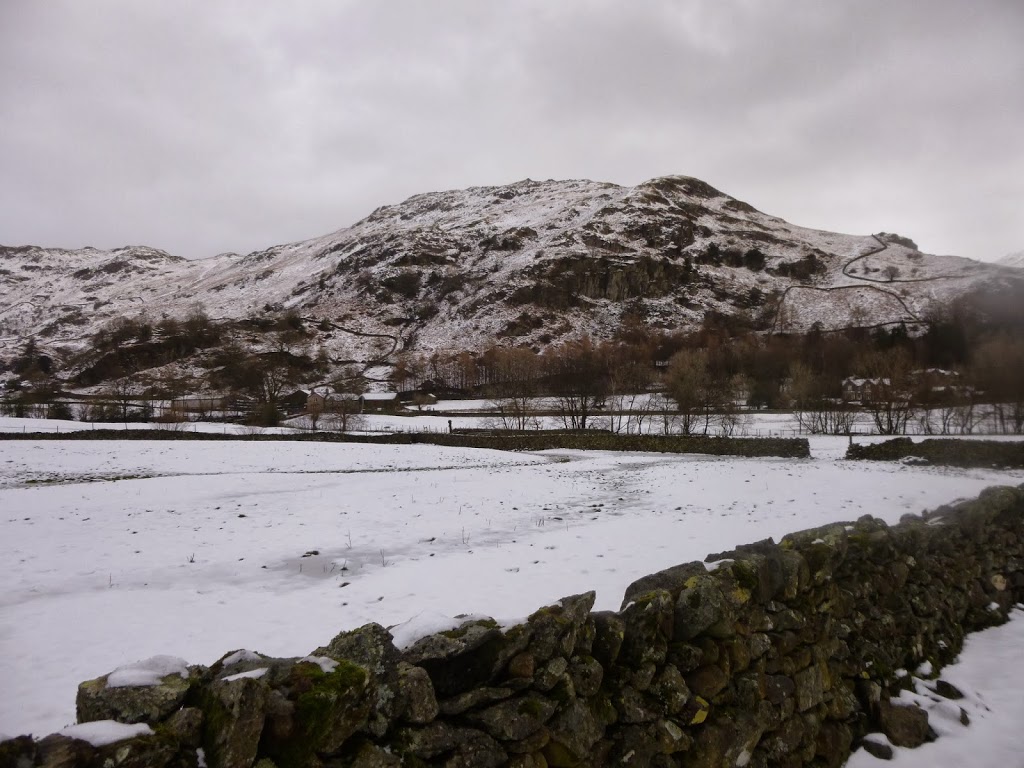 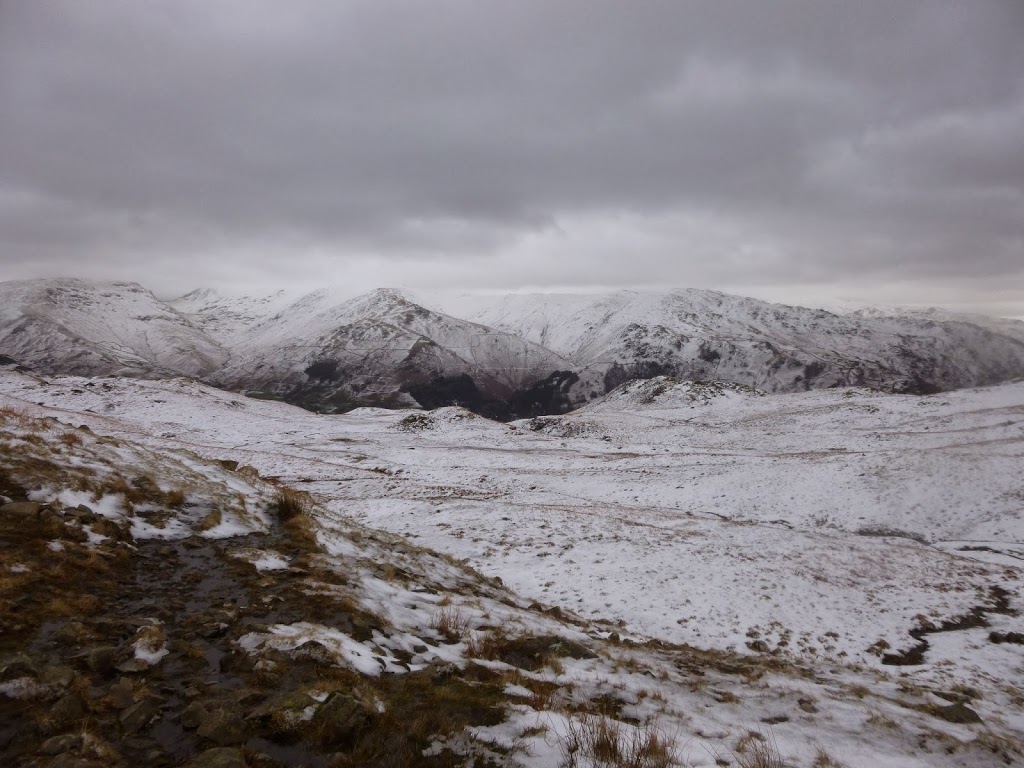 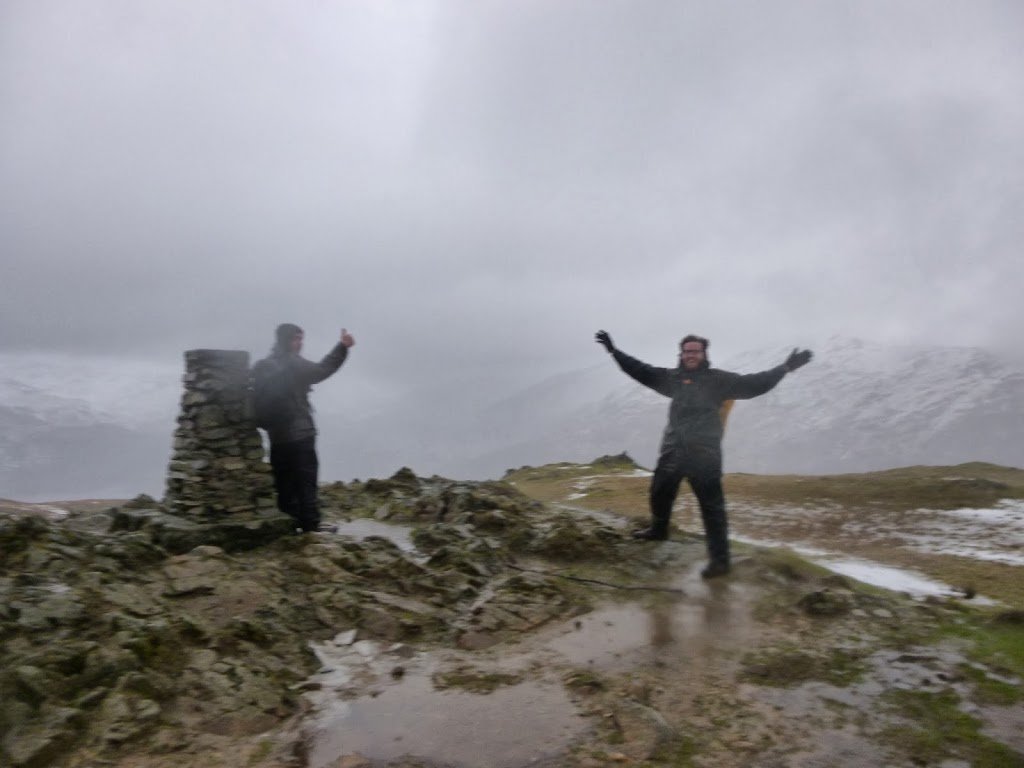 Gareth and Lawrence had travelled up from the balmy South to see what Winter weather the Lakes could throw at them and, luckily, the weekend didn’t disappoint. We rolled into Grasmere about 7pm and headed out straightaway  on a night nav. In spite of the cloud cover the snow was reflecting the ambient light which made things a bit easier as we picked our way around Wray Gill and the edge of Brigstone Moss. Even with the snow it was warm work and by the time we headed back to the YHA Lawrence was stripped down to his t-shirt!
YHA Grasmere has the best staff in the Lakes and buoyed by a good night’s kip and a solid breakfast we kitted up and headed down Easedale taking in the snowy views that had been denied us the night before. It was slippery underfoot but we followed Blindtarn Gill up towards Swinescar Pike and skirted Lang How to the three tarns area where the snow really hit. We were looking down into Langdale but the snow was blowing upwards and we were being blown about pretty severely as we traversed across the slopes before slip-sliding our way down to the valley floor. In Langdale the snow turned to a steady drizzle and the Pikes themselves winked in and out of the clouds as we followed the Cumbria Way through Baysbrown. Once “The Wainwrights Inn” http://www.langdale.co.uk/dine/wainwrights/ loomed into view it was a no brainer and we took shelter, dried out a bit of kit in front of the fire and made the most of a restorative pint!
Fortified by this we carried on along Great Langdale Beck before cutting across Walthwaite Bottom and skirting Huntingstile Crag on our way to Loughrigg Terrace. As we started the ascent of Loughrigg we met a couple of walkers who’d decided the wind was too strong and had turned back but undeterred we pressed onwards. When the wind did hit it hit hard, given we were at little more than 300 metres at that stage I can’t imagine what it must have been like on the tops….we took the buffeting for a little while before dropping down towards Rydal Water and Grasmere and meandering back along the shoreline with great views of Goosander and Tufted Ducks. A night in “Tweedie’s bar” http://www.langdale.co.uk/dine/wainwrights/ consisted of great food, a log fire, live music and plenty of good beer, just what the Doctor ordered after a Wintery day on the hill!