Walking in the Mourne Mountains 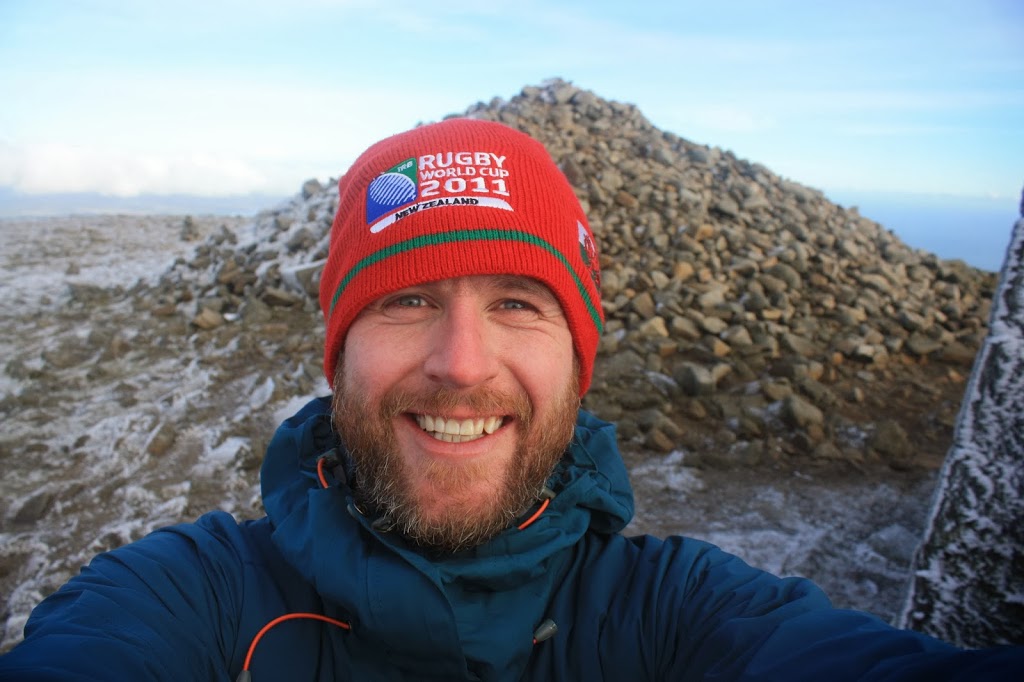 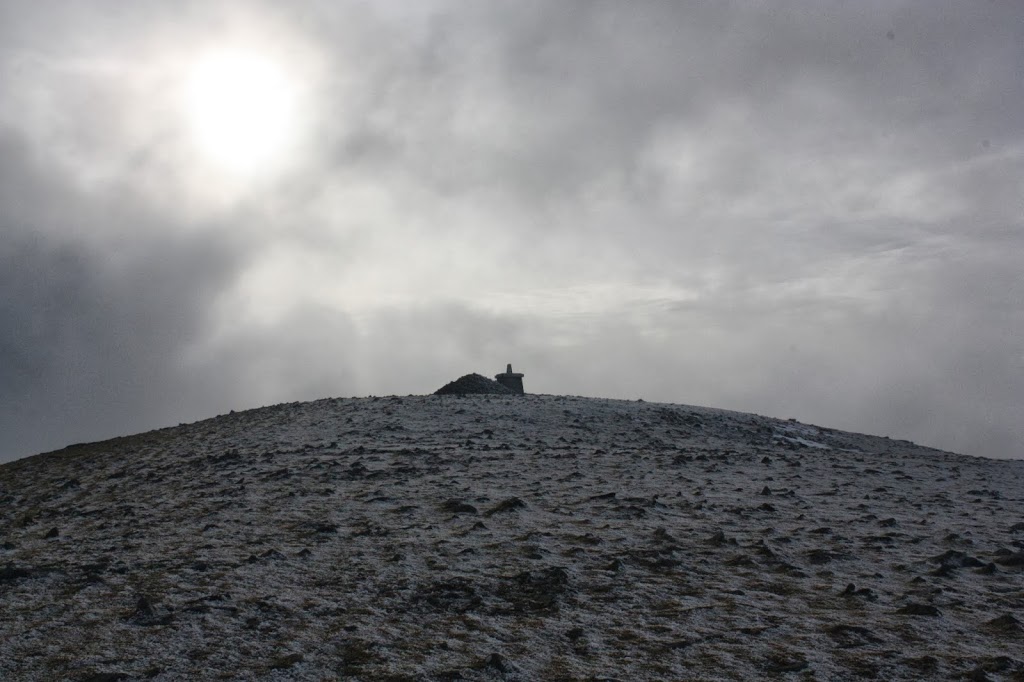 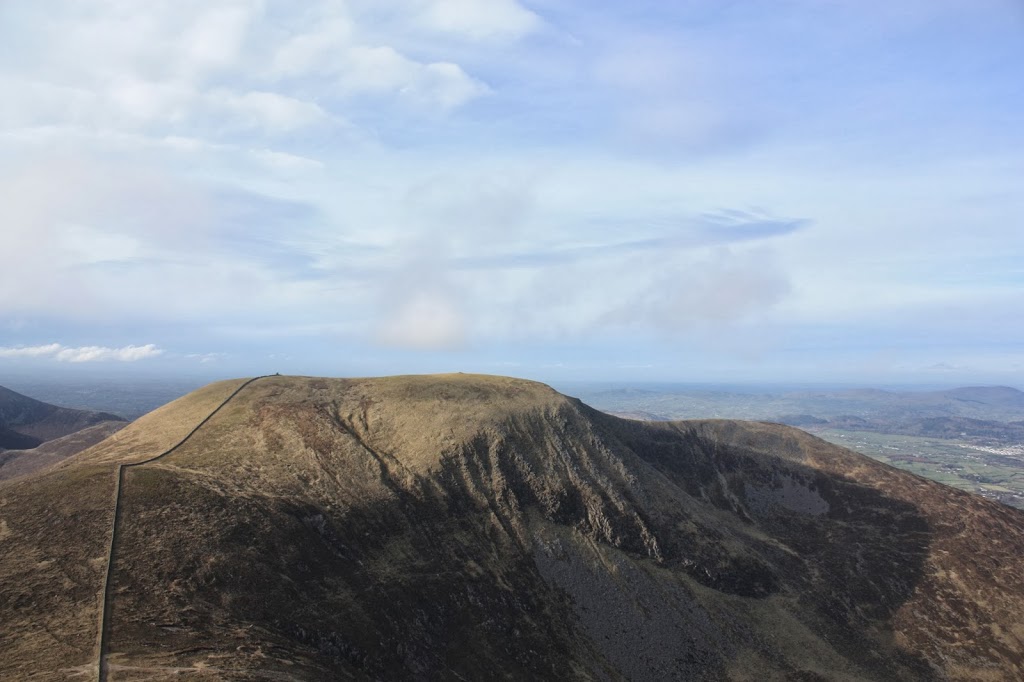 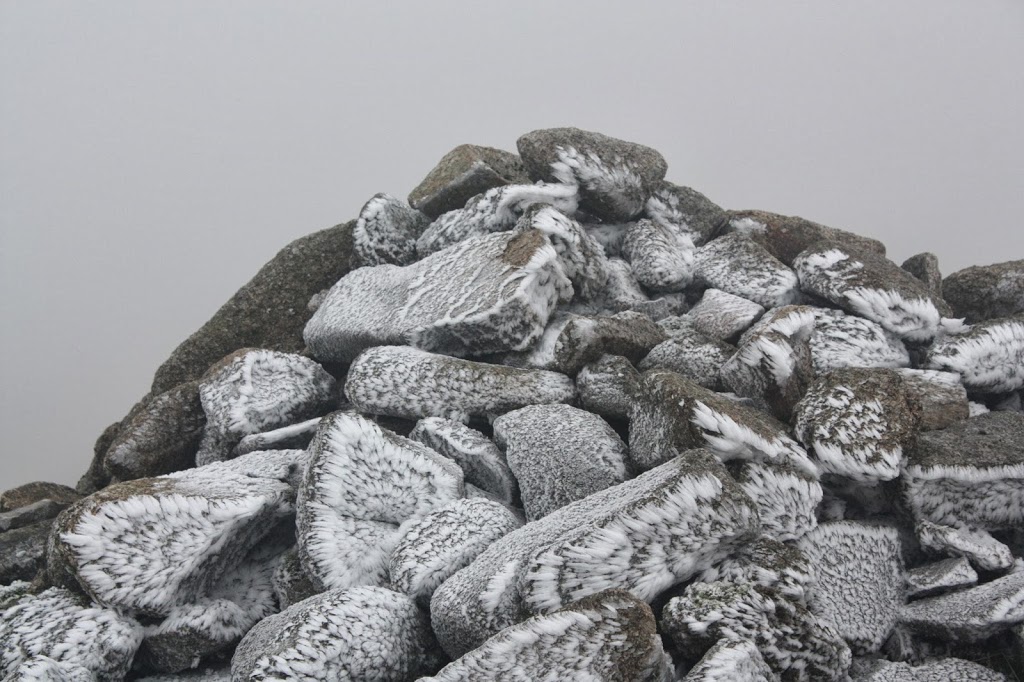 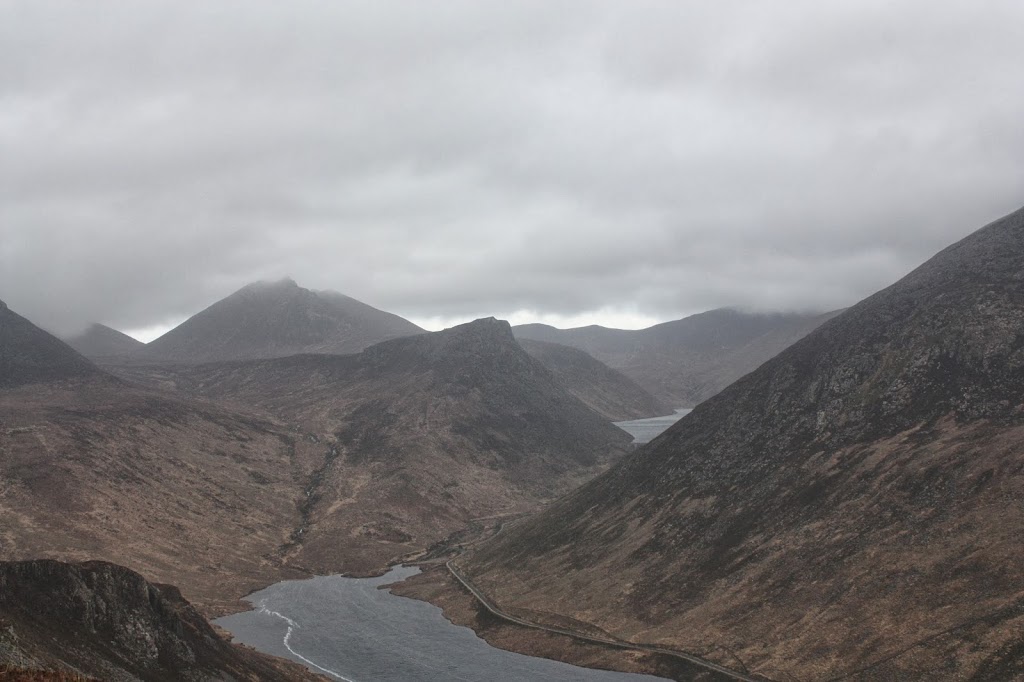 There is something magical about being the only person on top of a summit, whether that be the top of Ben Nevis or the top of Arnside Knott, there is that feel of smug satisfaction, of a treat well earned. In my mind that satisfaction is even greater when the summit is the highest in a country, for the time you are there, nobody in the country is higher than you, you are on top of that particular section of the world! Such was the feeling I had standing on Slieve Donard on Friday afternoon, there was not another soul to be seen and far below, the town of Newcastle flitted intermittently in and out of the cloud, it was magical!
I’d set off from Belfast in bright sunshine and as I reached Donard Park the sky was still blue and I set off in shirtsleeves. The path wound it’s way through the woods following the path of the River Glen until I emerged into the valley opposite the restored Ice House built by the Third Earl of Annseley in the 1830’s. I cut off the main path just beyond the Ice House and started to follow the gully between Donard and Thomas’s Mountain, it was steep, sweaty work, but as I climbed above the frost line the ground froze and there was lying snow which actually made it easier underfoot. As I hit the summit the cloud dropped and the wind picked up and the views of the coast and Newcastle below disappeared. The cairns on the top of the mountain are believed to date back to Neolithic times and there are many tales of folklore linking the cairns with gates to the underworld. A further tale has Saint Donard turning the cairn into a hermit’s cell and thus “appropriating the mountain for Christianity”! The summit wasn’t a place to be hanging around too long so I followed the snow clad line of the Mourne Wall down to saddle at the head of the Glen valley. The wall was built between 1904 and 1922 to enclose the reservoir catchment area of the Belfast Water Commission. It was built by hand and is a truly spectacular achievement crossing, as it does, the peaks (or thereabouts) of fifteen different mountains. From the head of the valley I ascended Slieve Commedagh, the second highest peak in the range and from there followed the ridge down to Slievenamaddy and back through the park, before heading to “Diamond Pat’s” for a well earned pint or two of the black stuff!
There’s no better way to set yourself up for a day in the hills than an Ulster Fry and the one at the excellent “Dacara B and B” http://www.dacaraguesthouse.com/  was up there with the best of them…the weather however was not playing ball so I decided to head down to The Silent Valley, a huge reservoir situated south of Newcastle. The reservoir took ten years to build and was completed in 1933, it’s a beautiful spot with plenty of walking trails to suit all levels. I decided to head up Slievenaglough and enjoyed a slippery scramble up one of the steeper faces to be greeted with spectacular views of much of the range from the Ben Crom Reservoir, round to the cloud topped Slieve Binnian and then across the flat hinterland to the coast. Leaving the windswept summit I descended across the bogs towards the head of Silent Valley, putting up a couple of Jack Snipe en route. After four fordings of streams of various difficulty I attained the head of the valley and from there it was a simple route march back to the carpark and back into Newcastle in time for the Six Nations!
The Mournes are a very appealing range, they are compact but seem quiet and there is definitely an air of mystery about them. Apparently there is a challenge walk that follows the entire length of the Mourne Wall and I think that is definitely one to be pencilled in for the future!

2 thoughts on “Walking in the Mourne Mountains”