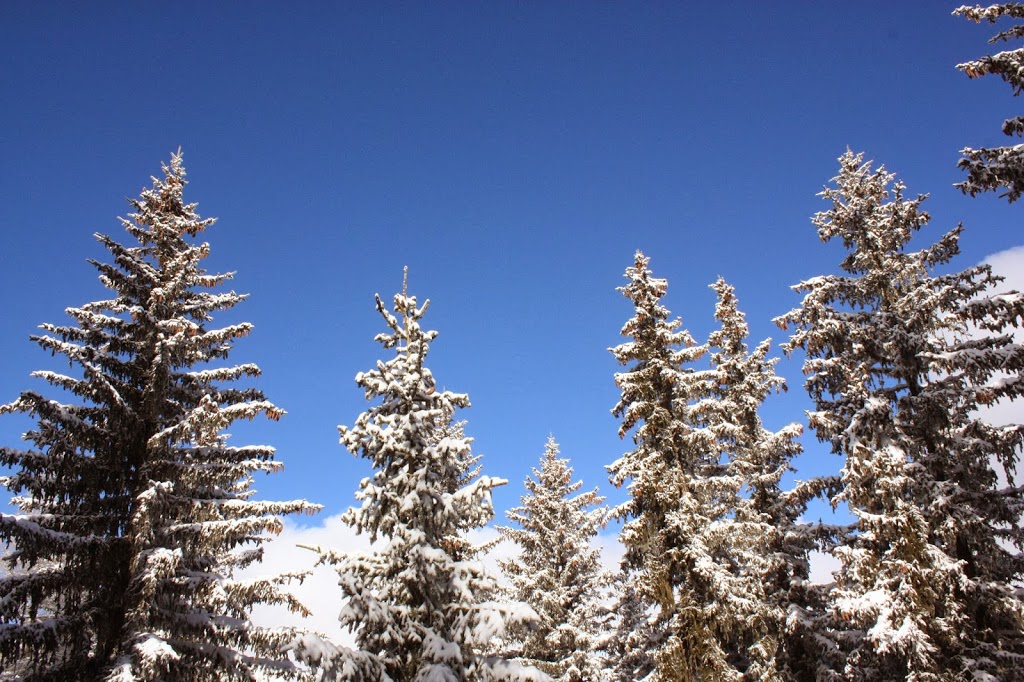 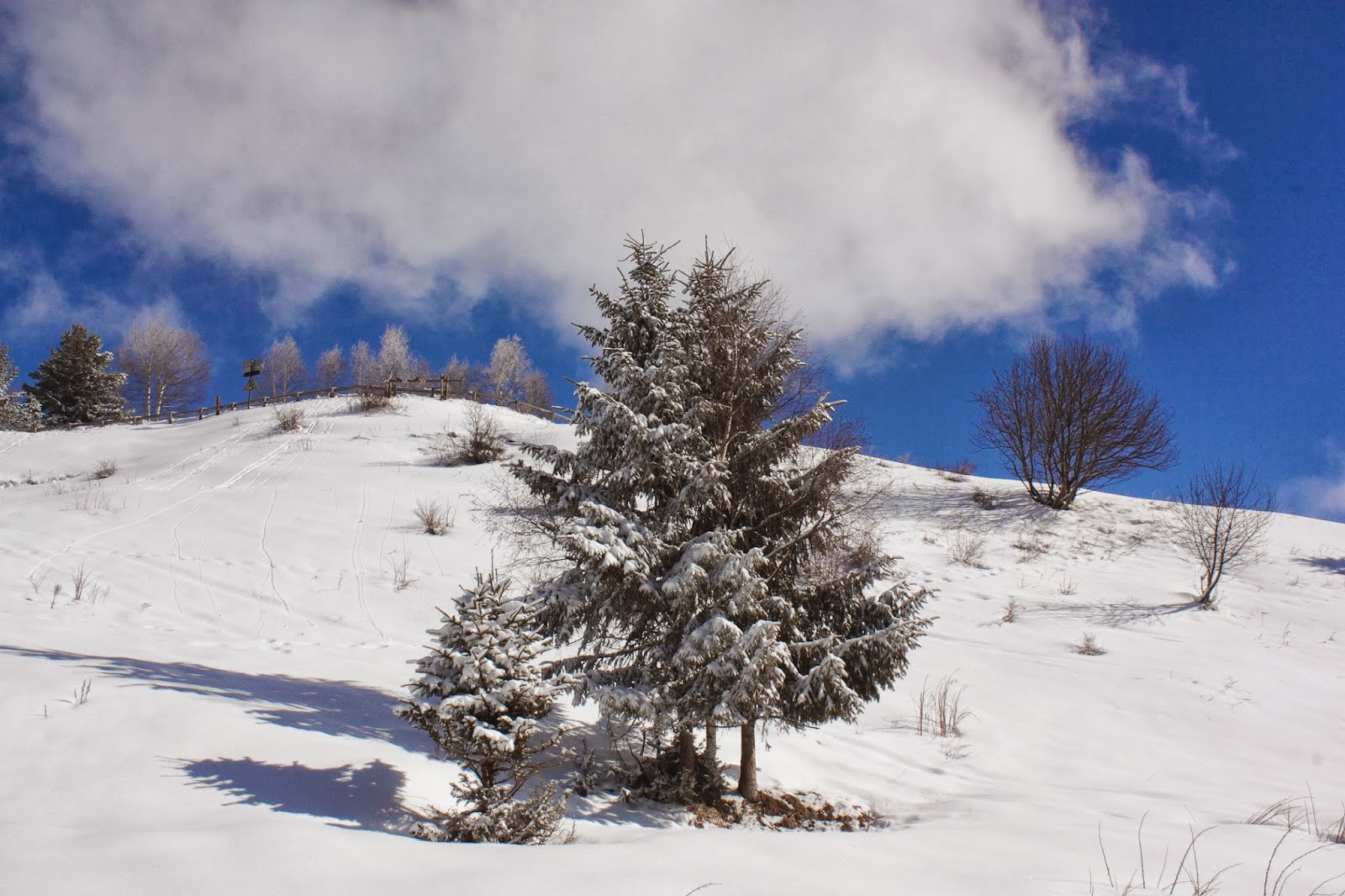 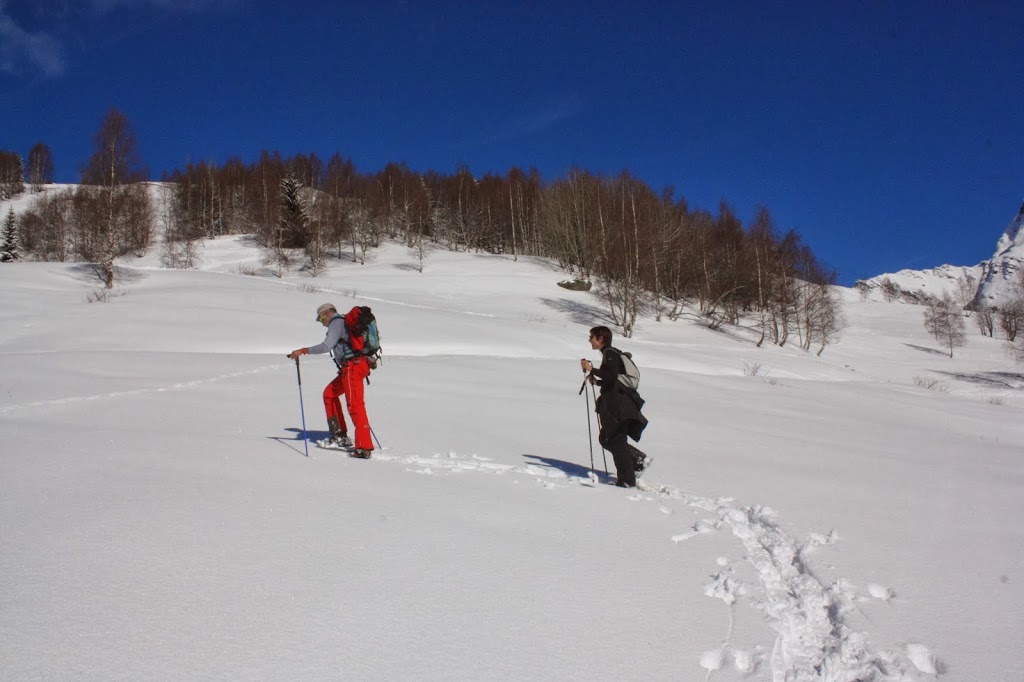 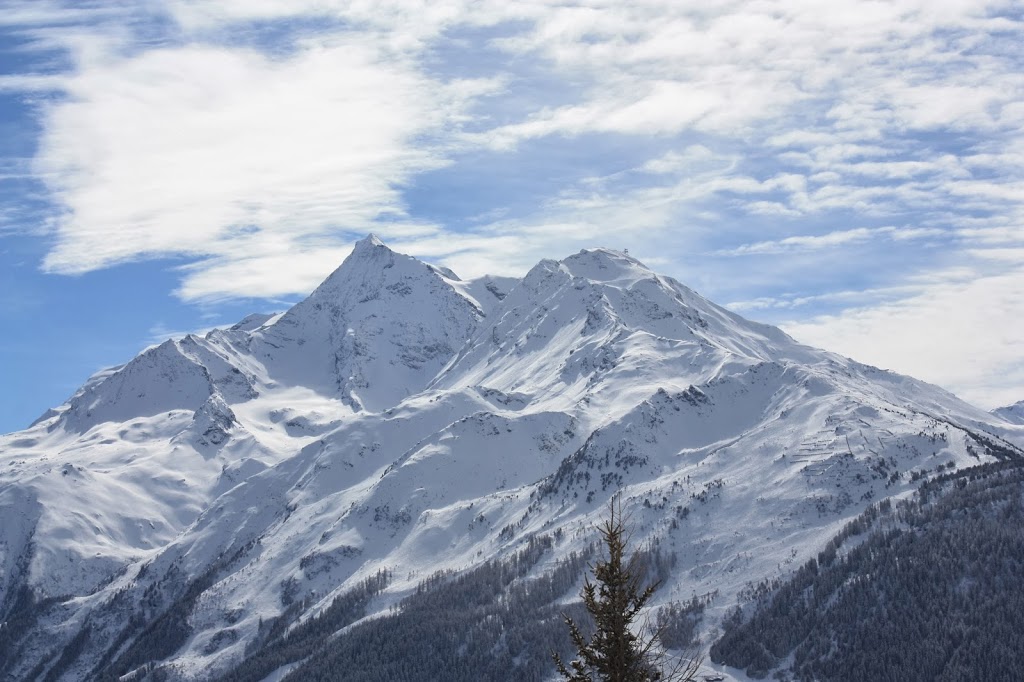 I have the battle scarred knees of a 25 year veteran of rugby fields around the world from Pennsylvania to Didsbury, knees that the medical profession have mapped out better than vasts tracts of sub-Saharan Africa, knees that cannot manage six solid days of skiing…so from time to time, an alternative is needed! I’d tried snowshoeing last year in Soldeu, Andorra but a combination of ill prepared guides, heavy snow and some highly excitable Italian fellow walkers led to our torchlight expedition being cancelled. The experience, however, gave me enough of a taste to know it was something I wanted to try again. So on day five of this year’s ski trip to the Franco/Italian border I booked a guided walk with Dominique called “La Tour de La Rosiere” and was joined by Marie from Burgundy who managed to bridge the gap between my schoolboy French and Dominique’s “interesting” English.
We left the centre of the ski area and were soon making our way “off piste” through deep, powdery snow and into dense Narnia like pine forest. We crossed numerous animal tracks which Domenique identified as belonging to Squirrels or Hares and overhead Ravens and Alpine Choughs circled noisily. We emerged from the forest into bright sunlight and with spectacular views of Mont Pourri stretching into the blue sky. Our trail continued across pristine snow sitting on top of the Summer pastureland and weaved past abandoned buildings following the paths of tiny streams that continued to babble beneath the frozen crust. The views became yet more stunning as we looked down on the St Alexis and St Michel chapel perched on the hilltop of Le Chatelard. Dominique regaled us with stories of the Second World War when the valley was heavily bombarded by Italian gun emplacements located at the top of what is now the “Fort” chairlift. Eventually we began the slow, warm ascent to Les Eucherts passing under a chairlift and through another tiny deserted hamlet before emerging into the village and making our way back to the resort centre for a well earned Vin Chaud! Snowshoeing has definitely made a positive impression on me and I suspect it will continue to provide a welcome and much needed respite for my knees on ski holidays yet to come!