D of E with Forest School in the Brecon Beacons 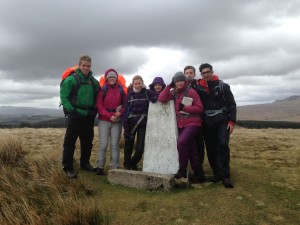 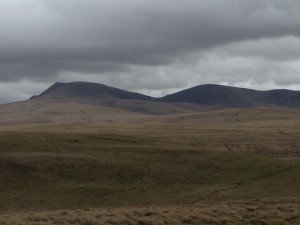 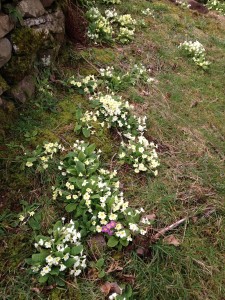 Walking with; The kids from Forest School

The Duke of Edinburgh award has been inspiring young people to make the best of themselves for nearly 60 years. The award, which is graded through Bronze, Silver and Gold depending on complexity, covers four different area of learning; Volunteering, Physical, Skills and the part where Come walk with me comes in, the Expedition. Forest School had decided that they would be doing their practice expedition in the Brecon Beacons and I would be supporting one of the teams.
We were based in the Absolute Adventure campsite and bunkhouse just outside Pen-Y-Cae and it was from there on the first day that we set out amongst the lambs and the daffodils on a navigation practice that saw the group work their way along the Beacons Way and through the Craig-Y-Nos Country Park. The second day saw some serious weather coming in, wild wind and virtually horizontal rain but we ventured out to the area of wild moorland around the Usk reservoir. After disembarking at Pont’ar Wysg we headed for the shelter of the valley and followed the handrail of the stream before skirting around Fedw Fawr and, eventually as the deluge stopped, finding a spot near the reservoir to have some lunch. After lunch I let the group plan their own route to the trig point on Mynydd Myddfai and that they did a great job, before we headed, wind buffeted, along the long broad ridge and made our way back across the boggy moor to our drop off point accompanied by a coterie of beautiful Red Kites.
The next two days saw the group on their practice expedition which involved negotiating a series of moorland checkpoints and spending two nights under canvas. Day one saw plenty more wild weather and exposed moorland and a very windy night on the campsite at Blaenau Ford. The conditions were so bad that on the second day an alternative route was planned that skirted the thick conifer forests surrounding the Usk reservoir before following narrowing footpaths to the village of Trecastle where they were transported to the Dan-Yr-Ogof caves campsite.
The final day was spent planning the expedition route that the group will be following in the Summer when they undertake their expedition from Coniston into the Langdale valleys. It was a fantastic week with a bunch of great, motivated and positive young people who coped admirably with some pretty horrendous conditions. I hope to be able to do a lot more D of E work in the future inspiring young people to get out into the great outdoors and make the most of it!