22-23.5.15
Walking with; Maximum Adventure and the Candlelighters 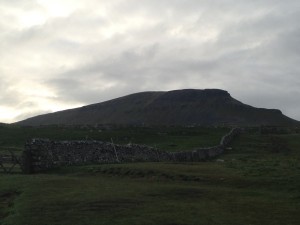 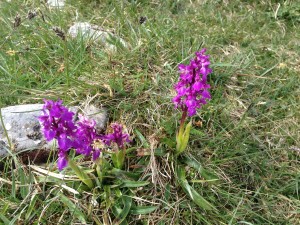 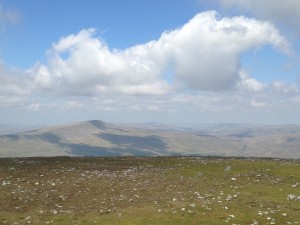 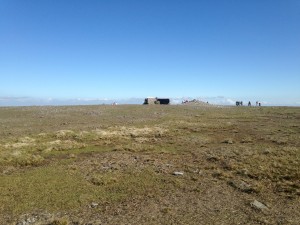 It is the time of year when the “challenge event” season is starting to get into full swing and one of the most justifiably popular challenges in the Yorkshire 3 Peaks which takes in the summits of Pen-Y-Ghent, Whernside and Ingleborough. and covers a total distance of around 25 miles. I had been booked to help Maximum Adventure run an event for 145 people who were raising money for the Candlelighters charity, which supports children with cancer and their families. The previous year they had raised £29,000 for the cause which I think everyone would agree is a very worthwhile one.
I arrived on the Friday and together with some of the other marshalls we helped to mark out the trail in some pretty taxing conditions. The summit of Pen-Y-Ghent was drowned in thick, grey cloud, the wind was fierce and the temperature was low, hardly ideal conditions for the challengers…..So, it was great to see at 5am as we yawned our way through the early morning briefing, that the summit was clear and the patches of blue sky were gradually increasing. Richie and I made it up to the summit of Pen-Y-Ghent for 6.30am and over the next three hours were passed by swathes of challengers. All 145 Candlelighters made it to the top, as did challengers supporting CF, the Stroke Association, charities in Africa and much closer to home, not to mention casual walkers and more serious competitors trying to set timing records……it wasn’t a wilderness experience but it was great to see so many people challenging themselves for good causes.
We left the first of the three peaks and descended into Horton-in-Ribblesdale and then, fuelled by coffee and a bacon sarnie, started the long slog up to Ingleborough. I left Richie at Sulber Nick and continued onto the summit where I was treated to some of the most spectacular views Yorkshire has to offer. We could see as far as Coniston Old Man and Scafell Pike in the Lake District and across to The Howgills, not to mention having great views of the previous peaks the challengers had completed. A steady stream of walkers joined us in varying states of euphoria or despair! We cajoled, cheered, bribed with Jelly babies and eventually accompanied the last of them off the top and along the five mile trek back to the base camp.
People have their own ideas about these challenge events, but it’s hard to argue with the commitment shown by many of the participants in completing a gruelling physical challenge. Marshalled events like this help provide security for the participants, advice to other walkers and an impromptu litter collection team. I think all the guys and girls from Candlelighters can be very proud of the effort they put in and I am glad to have been a part of it!