Wet and wild walking in Wales 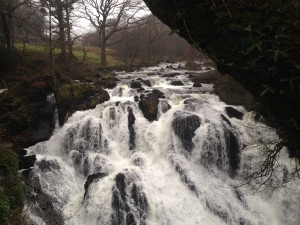 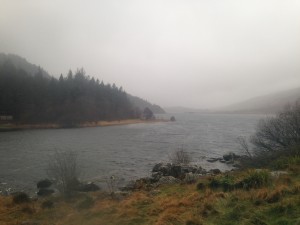 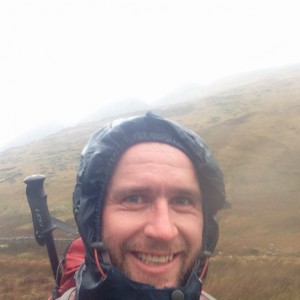 It had been a while since I’d been out in some serious conditions but the weather during my two days in Snowdonia was certainly up there with the worst of it. Poor old Cumbria has proved that this was no aberration and our thoughts go out to everyone affected by the terrible floods. I was staying at the YHA at Pen-Y-Pass which had had a £1 million-odd refurb since my last visit and was all the better for it.
Day one saw me parking outside the National Mountain Centre at Plas-Y-Brenin. The wind was already whipping white horses on the surface of Llynau Mymbyr and the cloud was so low that I couldn’t even see my target for the day, Moel Siabod. After crossing the Jubilee bridge I made my way through the woodland on paths slick with wet leaves and running water eventually emerging from the head of the valley to a buffeting from gale force winds. The next hour saw me climbing slowly through clouds, strong wind and torrential horizontal rain. I’d read everywhere of the magnificent views of Snowdonia afforded from the slopes of Moel Siabod but not today….visibility had receded to around ten foot by the time I reached the summit ridge and after a quick five minute cake break in the mountain shelter I finally reached the wind blasted summit at 872 metres. The descent was a slippery, boggy, gale force ordeal that definitively blew away any remaining cobwebs. Sometimes it’s good to be out in the teeth of the elements, to test yourself and your gear and feel the sheer joie de vivre of battling Mother Nature and coming out on top! The best cure for a mountainside drenching in the Snowdonia area is a pint of coffee and a flapjack at “Pete’s Eat” and then a hot shower and a pint of “Welsh Pride” in the snug lounge at Pen-Y-Pass!!
If anything it was even worse on the Wednesday. After a quick visit to Swallow Falls which were looking magnificent (one of the few advantages of the volume of rain) I parked up at the end of Llyn Peris and set off through boggy, flooded farmland towards Cwm Dudodyn. The path skirted the mighty slate quarries that dominate the area and climbed out into wild moorland reminiscent of the Dark Peak. The path was running with ankle deep water and the ground was saturated, the clouds dropped lower and the wind picked up and as I reached the shelter of the wall beneath Esgair Y Ceunant, I decided I’d had enough. There’s an inevitable sense of failure when you don’t reach a goal that you’ve set but sometimes turning back is the right decision. I’m reminded of a story Sir Ranulph Fiennes tells of how he turned back less than a thousand metres from the summit of Everest and it always makes me feel a little better even if the reservoir of Marchlyn Mawr isn’t quite the same as Everest. “Pete’s Eats” once again did the warm and dry thing at the end of two days of wet and wild walking!