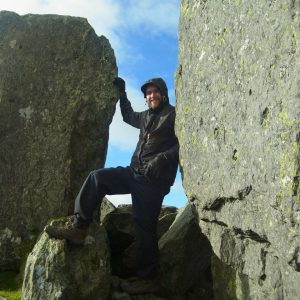 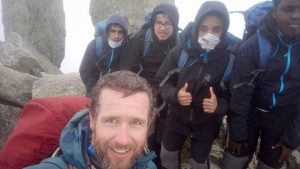 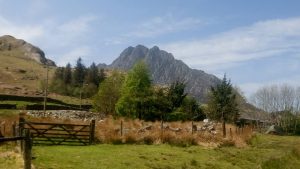 There’s something special about a pointy mountain, the kind of thing that you drew as a child when somebody asked you to draw a picture of “the purple headed mountain” when you were at Sunday School. Perhaps the most famous of all these triangular peaks is the Matterhorn, it’s distinctive shape has led to numerous other hills with a similar profile being dubbed with the same title, closest to me is Shutlingsloe, “The Cheshire Matterhorn”, although at 506m tall, it’s a mere 3972m shorter than the real thing. Tryfan is a little higher at 917.5m but whilst it shares the distinctive profile of the more famous European giant it is a fantastic mountain in it’s own right and one worthy of a place on our list of favourites!
Tryfan sits in the Ogwen valley and is a part of the fantastic Glyderau range, which is itself part of the high Welsh mountains that form the legendary Welsh 3000s route. It’s the fifteenth highest mountain in Wales and the name is thought to mean “Very High Peak”, it’s also very accessible with routes starting from the roadside, and differing ways to the summit to suit all levels of adventurousness. The famous scramble up the North Ridge is one of the best known but not for those without a head for exposure, whilst the South Ridge still provides opportunity for “hands on rock” experiences and some splendid views before reaching the summit and the infamous “Adam and Eve”. These two rocks, Sion and Sian in Welsh, are 3m tall and just over a metre apart but that is a distance that can seem considerably further on a wet, slippery day with a significant amount of exposure and for many the thought of gaining the “freedom of Tryfan” by stepping between the two is an off putting thought 🙂 The Cannon Stone is another famous landmark on the mountain and the site of innumerable photos. George Mallory, of Everest fame, climbed on Tryfan in 1907, seventeen years before he died tantalisingly close to the highest point on the planet and years later Sir Edmund Hilary and the successful Everest team used Tryfan to try out equipment and undertake training for their Himalayan adventure.
For us it is almost the perfect British mountain. The fact you have to use your hands and that many of the routes are narrow or indistinct makes it feel like a proper adventure, but one that is attainable with careful planning and the correct equipment. We have had great adventures leading groups on to the summit and then continuing through the rough country to wild camp above Pen-Y-Pass, or alternatively continuing on the precarious scramble of Bristly Ridge and onto the Glyders themselves before descending via The Devil’s Kitchen or Y Gribin, but any time we are on the summit of Tryfan feels like a special day. Drop us a line if you’d like to join us and explore this most iconic of Welsh peaks, it might not be the Matterhorn but it’s a bloody good mountain!