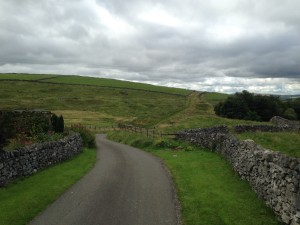 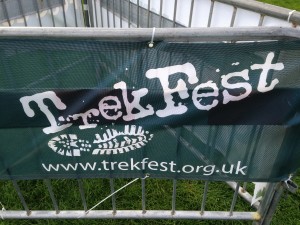 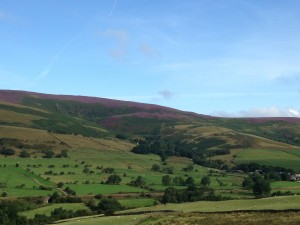 Full album from the weekend

Trekfest is a mass participation challenge event which sees around 600 walkers take on 13, 27 or 54 mile courses to be completed within time parameters. The first one of 2015 was held in the Brecon Beacons and I was able to help out with the second event which was being held in the Hope Valley.

The first day was spent on route marking duties. I know the area pretty well so it was a pleasant surprise to be given a section I hadn’t walked before. I began from what was to be Checkpoint 3 which was on a section of The Limestone Way a little outside Peak Forest. I followed the Way past the old abandoned Starvehouse and Old Moor mines before heading due East and following the track towards the Hope Cement Works and Dirtlow Rake. The path then dropped down through Pin Dale before I joined the road and followed it back past Hope Church to the basecamp at Hope Valley College.

After a couple of showers during the night, Saturday dawned bright and breezy. I set off from Checkpoint 1 in Edale and made my way along the Vale of Edale before turning for the sharp haul up to Back Tor Nook. Back Tor is one of my favourites in this area and seen from the valley floor the crumbling face stands intimidatingly above you. Matt, my fellow marshall, and I continued onto Lose Hill where we were greeted with the spectacular 360 degree views the Great Ridge is justly famed for. Leaving Matt behind I continued back down towards Hope and then cut along the path that followed the course of the River Noe where I waited for the first walkers to come through. The route from here took me along to Edale End and then there was a steep climb through the Bracken onto the old Roman Road. The last mile or so was a long stony descent with tired but proud walkers until we hit the village once more and carried on to Base camp.

Another excellent meal from the Extreme Hospitality catering team, Matt and I headed out on the route I had marked the previous day. I was positioned at the top of Pin Dale for a few hours and watched the weary hordes making their way through the increasing gloom until I accompanied two of the stragglers back through the night to Hope. When working on these big fundraising events you get to meet such a fantastic bunch of people and hear some amazing stories and witness people genuinely pushing themselves to their limits, I am glad and proud to have been a part of this and hope to be involved next year when the challenge will offer the choice of 25,50,75 or 100km!