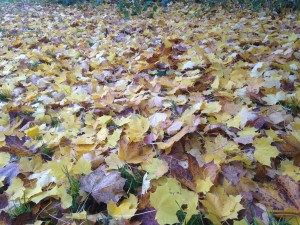 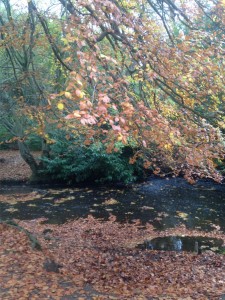 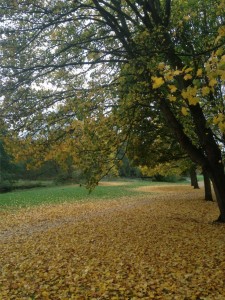 Is there anything better or more quintessentially English than an Autumn stroll? The amazing palette of colours, the crisp air, conkers and the berries on the trees and hedgerows, much as I love the mountains sometimes a stroll through rural England is the equal of anything. It had been a while since I’d been out under my own steam so a few gentle miles not far from home was just what the Doctor had ordered.
I set off from The Carrs in Wilmslow, this is an area of parkland that was given up for public enjoyment by Henry Boddington of brewery fame. The word is derived from the ancient Norse for bog which seems a trifle unfair, at least in the twenty first century. The walk started off by following the path of the River Bollin as it wound it’s way through the parkland. The Autumn leaves were a patchwork of colour and the Jays were busy stashing their Winter supplies of Acorns. Jays are truly beautiful birds but ones not often seen except for at this time of year when they become more visible as they bury their supplies for the leaner times to come. Eventually I reached Quarry Bank Mill, a National Trust property which was busy with school groups including one in full Victorian mill workers garb! From there it was on into the village of Styal built by mill owner Samuel Greg for his workforce. It is a very quaint place with many of the traditional mill cottages still well kept and intact.
Leaving Styal I made my way across open fields and then across the golf course. I must admit to being slightly ambivalent about golf courses, when beautifully kept there is something quite appealing about a fairway, but they take up large areas of countryside and still smack to me of privilege and elitism. But enough pontificating…..leaving the greens and fairways behind I made my way through a couple of narrow country lanes before following a narrow path through woodland near Knowle House. A few more muddy fields along the edge of the Bollin bought me out on the Manchester Road on the border between Handforth and Wilmslow. It was about a mile along a tree lined road with some of the biggest houses you’re ever likely to see and then I found myself climbing back into my car just before the rain came, very fortuitous! This wasn’t a walk of many miles, nor a walk with great hills conquered but it was a walk of beautiful colours, a little local history and a walk that was good for the soul.