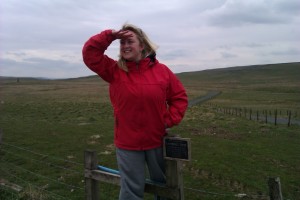 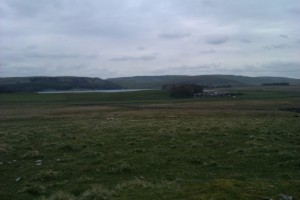 Malham is a tiny hamlet at the Southern end of the Yorkshire Dales, but it has a big reputation and attracts a lot of visitors. There  has been a settlement on the site for over one thousand years and it is named in the Domesday Book as Malgun. It’s main claim to fame are the limestone formations in the area, the notable limestone pavements and the magnificent curving amphitheatre of Malham Cove. The village also found cinematic fame when it was used as one of the filming locations for Harry Potter and the Deathly Hallows Part One. We were heading towards a well known but slightly less popular sight, about three miles from the village down ever narrowing lanes, Malham Tarn, the highest lake in England at 377 metres above sea level and a site of Special Scientific Interest. The limestone has made the lake very akaline and this has led to an unusual habitat. It is said that the Tarn was the inspiration for Charles Kingsley when he wrote “The Water Babies” and it certainly has a certain mystical quality to it.
After parking up near the Tarn we headed across to Malham Moor and across the rough, tussocky access land to the Smelt Mill Chimney, a restored reminder of the industrial past of the area and a notable local landmark that made for an easy target. The chimney was used to remove poisonous fumes from the smelting of lead, copper and zinc carbonate, but the bitter wind blowing off the moor was a lot purer today! We carried on along the ridge with views of the Tarn before dropping down across Dean Moor and crossing the road at Water Sinks onto The Pennine Way. The Way loops round the lake and we had good views of a Curlew sheltering in the lee of more impressive limestone cliffs. The path led through some woodland (helping to provide a little protection from the rain) to the Tarn House which is now used as a centre for Field Studies. The house was originally a hunting lodge for the Lister family. In 1852 it was bought by James Morrison, a prominent MP,  and then five years later inherited by his son, Walter. Walter loved the house and spent a lot of time there and extended the building considerably to something approaching the current form (http://www.kirkbymalham.info/KMI/malhammoor/tarnhouse.html). We headed down from the house and after a brief, but fruitless, stop at the bird hide we pressed on to the newly constructed boardwalk winding for nearly a mile over the top of a boggy moorland liberally sprinkled with Marsh Marigolds, the occasional Early Purple Orchid and home to a couple of beautiful Pheasant. By this time the rain was coming down pretty hard and we were glad to make the sanctuary of our car. We drove back through the throngs in Malham and away damp but content and en route to “The White Bull” in Gisburn for an excellent fish and chips.
To view the full album for this walk, please click on the link below;
https://www.facebook.com/#!/media/set/?set=oa.212633265522253&type=1