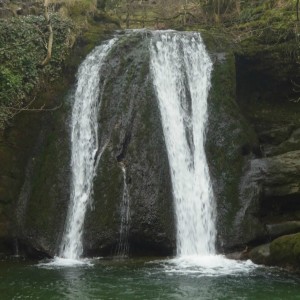 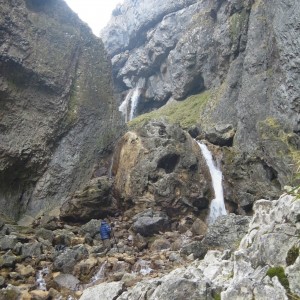 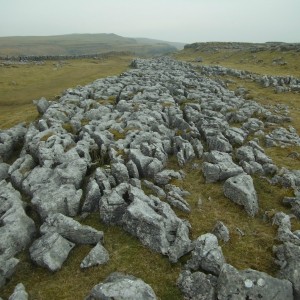 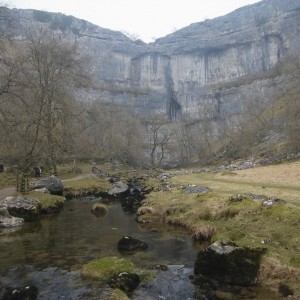 I have been fortunate during my walking to visit some of the most spectacular parts of the world. The Northern Territory in Australia, the National Parks of Utah, the Southern Alps in New Zealand, some of the finest scenery in the world, but every now and then I come across a place on my own doorstep that makes me stop in my tracks and go “Wow”. I was fortunate enough to have one of those experiences this week!
I parked in Malham at the YHA where I was staying http://www.yha.org.uk/hostel/malham and followed the lane that leads to Malham Tarn for some fine views of stone walls and ancient field systems. After the short climb, I took a path running across the fields to end up at the entrance to Gordale where I detoured to the waterfall known as Janet’s Foss. The name is thought to come from Jennet, a fairy queen who lives in a cave behind the waterfall according to folklore. It’s a pretty spot that apparently used to be used for sheepdipping in times gone by. Leaving the foss behind I entered Gordale and had one of those jaw dropping moments as I made my way to the falls which were in full flow and stunning. The Scar is the remains of a collapsed cavern formed during the ice ages and has had sonnets written about it by Wordsworth and pictures painted of it by James Ward and Turner, it is truly spectacular. I had planned to scramble up the waterfall, but it was pretty slippery and wet, so I retraced my steps before heading up the very steep slope to the top of the gorge and making my way above the falls before dropping down to Gordale Beck just above them. I followed the beck for about half a mile before making my way back up the slope to the path towards Malham Tarn which was fringed by some of the limestone “pavements”. It was easy walking until I reached the track leading down to the very isolated Middle House Farm. The landscape is very bleak around here and aside from the farm there are very few traces of humanity to be seen. I climbed up the slopes of Great Close Hill and had lunch in the shelter on the summit which provided a little respite from the fierce wind.
Lunch done, I headed down to Malham Tarn, the highest lake in England at 377m above sea level. I’d visited it once before https://www.comewalkwithmeuk.co.uk/2012/05/malham-tarn.html and followed the shore path past the Field Studies centre and over the boardwalks to the road. A short spell of road walking and I was striking off in the direction of Ing Scar Crags and following them down to the second jaw dropper of the day, Malham Cove. Once a waterfall, this fantastic cliff is a worthy inclusion on any list of natural wonders. I watched some climbers on the rock face for a while before continuing on a field path which led me back to the YHA where I swapped the muddy boots for some slightly cleaner trainers and then headed down to “The Lister Arms” http://listerarms.co.uk/ for a pint in front of a very welcoming log fire.

6 thoughts on “Natural wonders of Yorkshire”