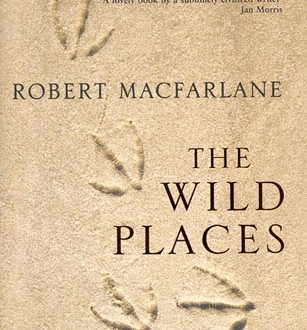 The Wild Places by Robert Macfarlane 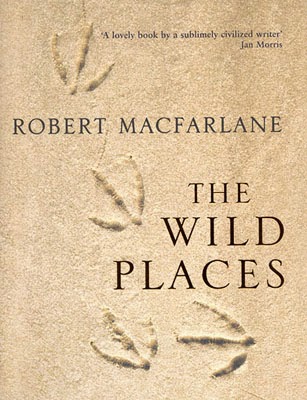 Just before Christmas there was a post on the “Wild Camping” Facebook page that I am a member of that effectively challenged the notion that “wild camping” is possible on the overcrowded island that is Britain today. It provoked a lot of debate and, to my mind, a lot of comment was coloured by the kind of machismo that is all too prevalent amongst the type of camper who thinks that slinging a tarp over a branch and spending a night snoozing under the stars makes them Ray Mears! However, the basic point is one worth considering, wild camping hotspots like Angle and Sprinkling Tarn can at times seem as crowded as some valley campsites. It’s a point that the eloquent and thought provoking Robert Macfarlane explores in this fascinating and inspiring book.
Macfarlane starts with the premise that “Time and again, wildness has been declared dead in Britain and Ireland”, that humanity has touched every corner of our homeland and that therefore the landscape cannot be seen as wild in a way, say, such as Alaska or the Australian outback. He then sets out in the company of other outdoorsman such as the wild swimming evangelist, Roger Deakin (to whom the book is dedicated), to disprove this notion and find the wildness in the differing habitats and extremities of the country. Herein lies the beauty of this elegantly written account. Whilst surely nobody would dispute that areas such as Rannoch Moor and Cape Wrath have a genuine claim to wilderness, and Macfarlane’s explorations of these areas are inspiring and revel in the lack of human footprint, in many ways the most interesting segments of the book is where he finds wilderness in areas far less remote and seemingly far more affected by human activity.
He explores the hedgerows of the Norfolk countryside nosing his way along Badger trod paths into the heart of thickets. The Holloways of Dorset, to which the author recently dedicated a new book, are explored, the comparison with other human landscapes reclaimed by nature is poignant and instructive, the wild rapidly reclaims that which we abandon. He delights in finding Mountain Hares on a windswept Tor in the heart of the Peak District, the most visited National Park in England hemmed in as it is by the industrial powerhouse cities of the North.
Macfarlane’s explorations lead him to draw up an individual map of the wild spots of the country ranging from Ben Hope to Lakeland’s Red Pike (one of my personal favourites) and onto Blakeney Spit and Ynys Enlli, many of them places shaped by human contact but places that now have an indefinable feeling of the wild about them. However, the book ends as it starts with the author in the Beech woodlands walking distance from his Cambridge home. In the first chapter he laments “the roar of the nearby road” and the “junk heaps…..brick rubble, water swollen plywood, rags of newspaper” he finds as he explores the area. The book ends, however, with Macfarlane seeing the woodland through fresh eyes. “Wildness was here, too, a short mile south of the town in which I lived. It was set about by roads and buildings, much of it was menaced, and some of it was dying. But at the moment the land seemed to ring with a wild light”.
Britain is not Alaska, I am not Ray Mears, but Macfarlane is a man who through this book celebrates those moments where we can find ourselves removed from the humdrum of day to day life and feel as if we are in wild country. Not long ago I was on Loughrigg, equidistant from Grasmere and Keswick, the A591 running along Rydal Water below me, dusk was falling and I found myself in a boggy hollow next to a tiny tear shaped tarn. The stars started to show through the cloud, the wind gusted loudly above me pushing a Raven ahead of it and I could neither see, nor hear any sign of humanity and it felt wild to me….

All quotes are taken from the book itself

2 thoughts on “The Wild Places by Robert Macfarlane”