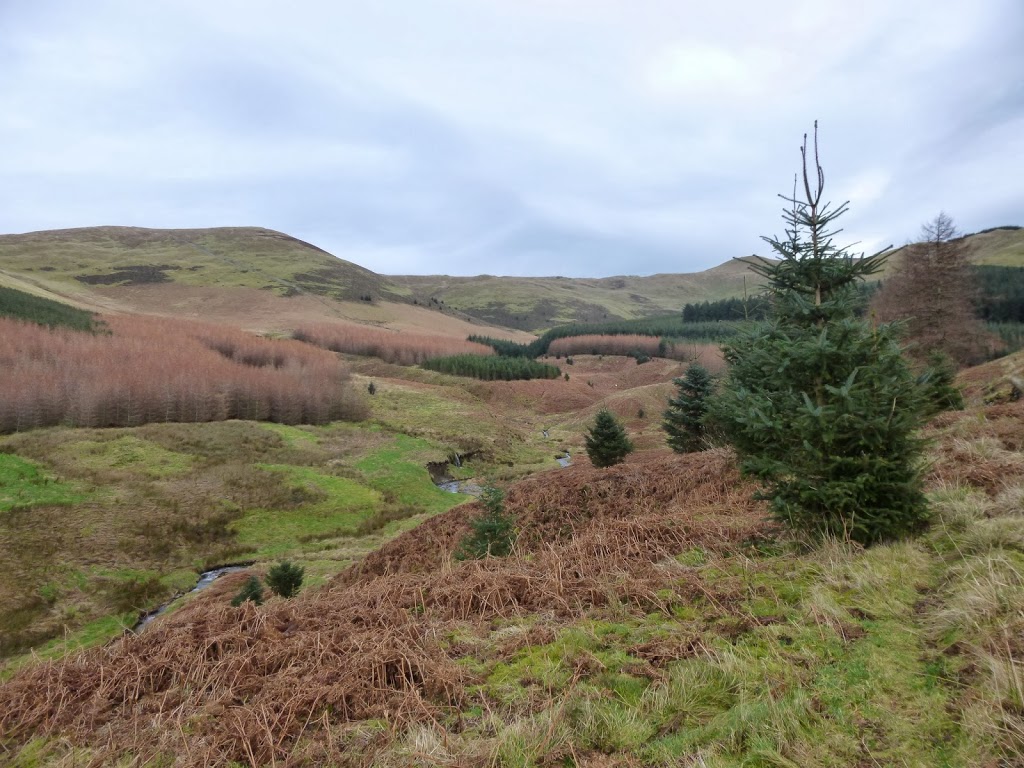 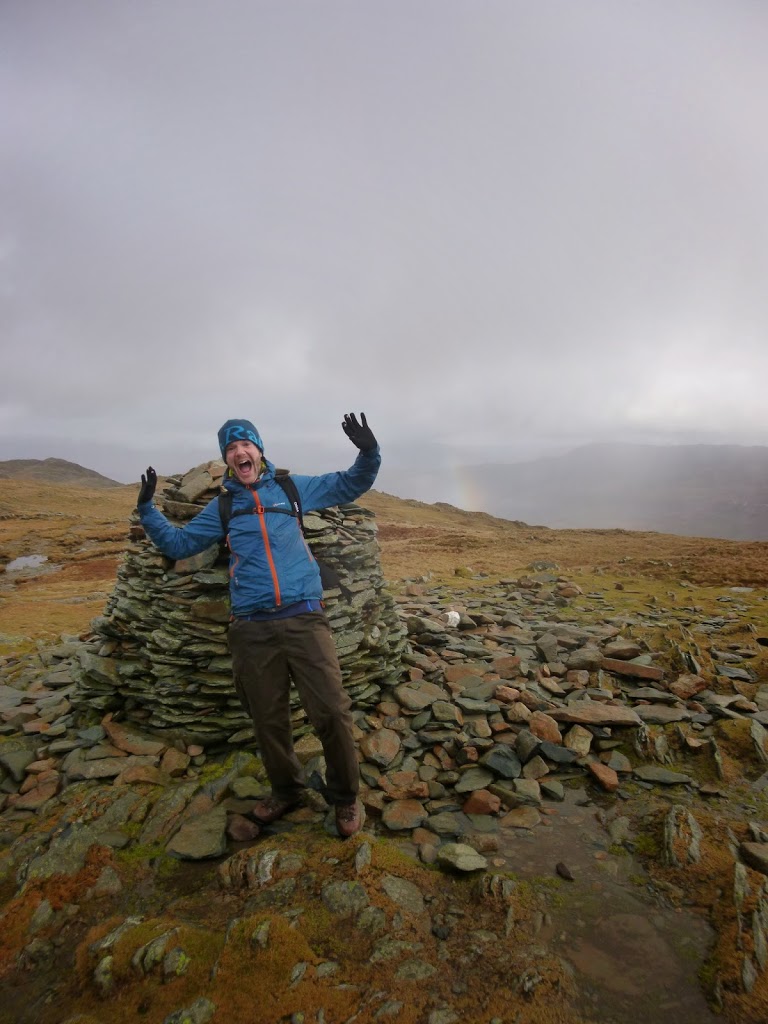 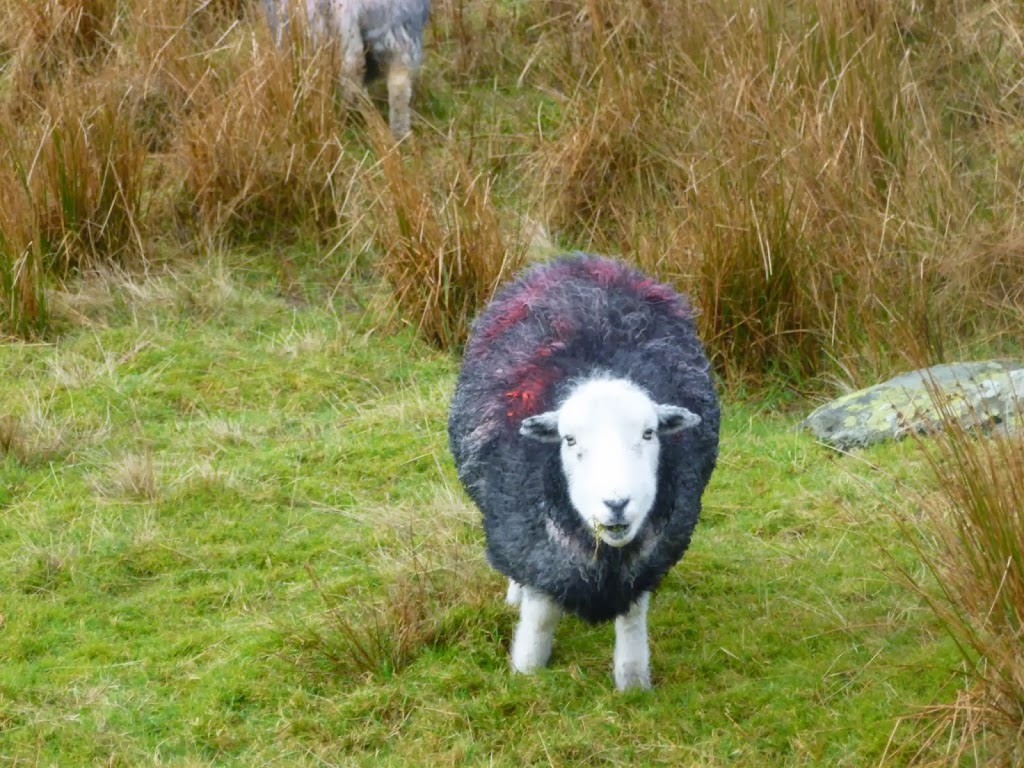 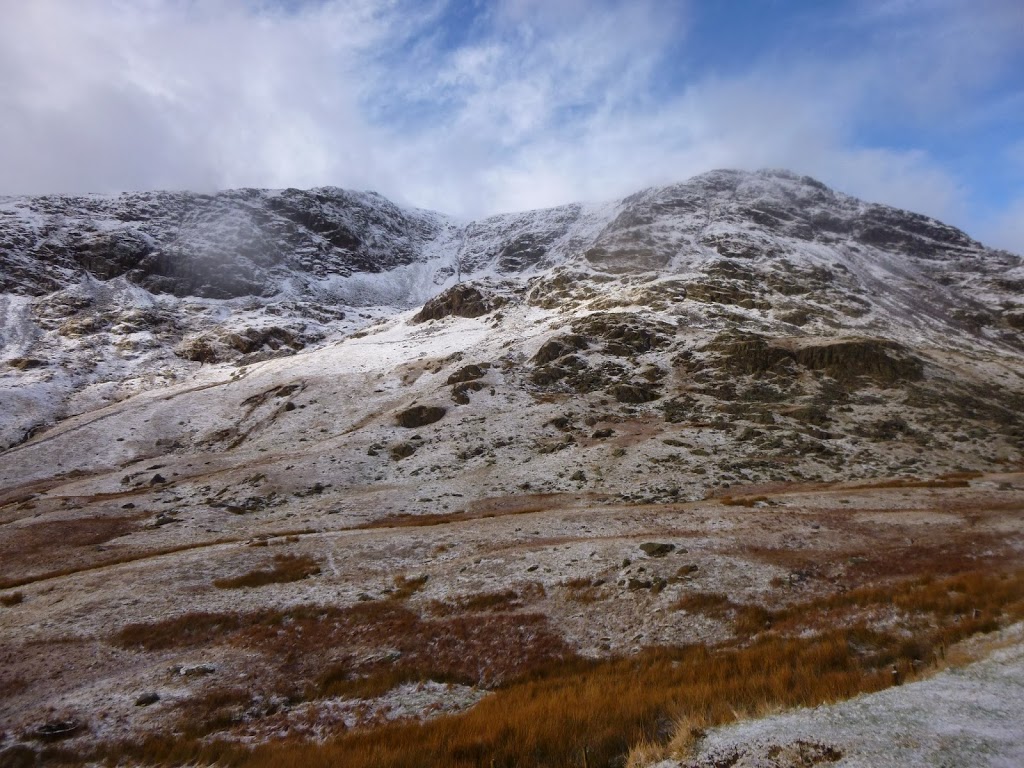 So far, this Winter, south of the border at least, has been characterised by a disappointing lack of the white stuff on the ground. January walks in the Lake District should be about blue skies and crisp ground underfoot, not grey skies and swampy conditions, none the less, three days of back to back walking was just too good an opportunity to pass up.
For the first of my three walks I wanted to try somewhere different, somewhere I was unlikely to bump into many others, somewhere off the beaten track…Lorton Fells fitted the bill admirably, even more so when it was revealed to me that the Whinlatter Pass was closed reducing access only to those determined enough to take the lengthy detour via Cockermouth. The area is heavily forested but it didn’t take long to get above the treeline and make my way onto the blowy top of Lord’s Seat. Although it only stands at 552m the views belie the relative lack of height. Skiddaw, head in the clouds loomed to the East, Keswick and Derwentwater sat to the South and across the Solway Firth Scotland was visible in the distance. I dropped down onto the delightfully named Barf where the views of Bassenthwaite opened out even further before contouring round below Lord’s Seat and continuing along the fine ridge to Broom Fell and lunching in the stone shelter below the impressive cairn. The ridge then drops gradually to the Darling How Plantation and from there it was a short scramble to the top of Graystones where the strong winds were joined by not inconsiderable rain. A quick detour onto the top of Kirk Fell and then it was down the perilously steep slope to Scawgill Bridge and a gentle wander through the trees to Spout Force which (thanks to the incessant rain) was looking truly impressive. With the rain now thoroughly persisting it down, the logical decision was back to Keswick and the sweet, beery embrace of “The Dog and Gun”.
After a night of purgatorial wakefulness thanks to the “World’s Loudest Snorer” who had holed up in the same dorm as me at the Keswick YHA, Rob picked me up and we headed off towards Catbells, another fell that punches well above it’s weight in the effort to view ratio. We took the path leading up to the summit over Skelgill Bank and then carried on to Bull Crag and across Maiden Moor. Apparently the Beatrix Potter character Mrs Tiggywinkle lived in a burrow somewhere on the fells, but we saw no sign of hedgehogs, just a couple of Ravens and a Kestrel sitting in the wind. Last time I’d been on High Spy I was barely able to stand https://www.comewalkwithmeuk.co.uk/2013/04/a-wet-wild-and-windy-lakeland-trip.html , and whilst it wasn’t exactly sunbathing weather, it was a little more benign this time around. Tongue Gill was in full spate as we made our knee crunching descent before following the path back past Castle Crag to our starting point.
Unable to face another night with the king of the snorers, I’d changed hostel (Ambleside) and pub (The Unicorn) and spent a far better night. Stockghyll Force was looking as impressive as Spout Force had a few days before as I climbed out of Ambleside and up onto Wansfell Pike. The summit is well won from the West and it was a steep climb made a little easier by the views to the snowy tops of the Kentmere Fells and Red Screes. Attaining the top I followed the ridge North East and then crossed the boggy fields below Idle Hill to eventually reach “The Kirkstone Pass Inn” just as the snow started to fall. Records for this venerable building date back to 1496 and it was a welcome sight as Red Screes disappeared from view in a flurry of falling snow. After stretching out a coffee and comparing notes with another sheltering soul I decided against my original plan of scrambling the snowy gullies of Red Screes and made my way back down to Ambleside via High Grove. The abandoned building at High Grove looked like something out of a horror film with a smashed up caravan and the depressing detritus of an uncared for, semi-abandoned farm building. About a mile before the town, I was hit by a broadside of vicious sleet and hail which had me scrambling for the nearby shelter of a jerrybuilt stone wall, but by the time I made the bottom of the hill there was sunshine over the Kirkstone pass once more!