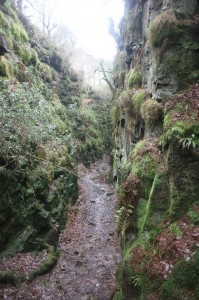 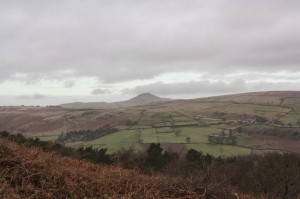 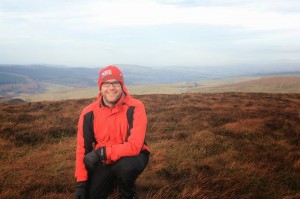 When I think about walking in the Peak District my mind is automatically drawn to the Dark Peak, to the rough, wild peaks of Kinder, Black Hill and Bleaklow. In my mind’s eye the White Peak is gentler, almost twee, cutesy villages tucked in Limestone dales, it lacks the raw wildness of the hills further North. I have explored it less for that reason, but inspired by Robert Macfarlane’s musings about the wilderness on his own doorstep I thought I would try and change my perception of a place I knew I had probably unfairly maligned. The Roaches have long been on my radar after a romantic walking friend of mine decided they were the ideal location to “pop the question”, but when I think of Staffordshire I think of potteries and mines, I didn’t associate it with hill country in spite of my previous forays to Three Shires Head https://www.comewalkwithmeuk.co.uk/2012/05/3-shire-heads-with-peak-district.html and Chrome Hill https://www.comewalkwithmeuk.co.uk/2013/02/3-staffordshire-hills.html.
I parked in the remote car park at Gradbach and followed the bridleway down towards the woods passing the recently closed and now sold Youth Hostel and the Scout camp. It was pretty grim underfoot but the walking was easy and I was soon crossing the swollen river and climbing through woodland alive with Squirrels and birdlife. I squelched onwards until I reached the gap in the rock that opens out into the magnificent Lud’s Church. The cleft in the rock is over 100m long and upto 15m high and the beauty of it is that it’s almost completely concealed from the woodland path. Legend has it that Robin Hood once hid out in it’s depths but a more accepted fact is that it was used in the 15th century by the Lollards, followers of the church reformer, John Wycliff, who were considered heretics and from whence the current name derives. It also acts as the model for the “Green Chapel” in the Medieval epic poem “Sir Gawain and the Green Knight” and it still has a distinctly mystical, lost world feel to it. Although somewhat reluctant to leave, nonetheless I carried on through the woods and after a short ascent reached Roach End before ascending the ridge of The Roaches themselves. The main attractions here are the rock formations carved out by the elements, and the views towards Tittesworth Reservoir, but up on the ridge with the wind howling and the valleys dotted with no more than a few remote farms I could see Macfarlane’s point that wilderness or perhaps wildness can be all around us if we’re willing to look for it. I eventually made it along the ridgeline to Doxey Pool, another mysterious feature supposedly haunted by a mermaid called Jenny Greenteeth. In 1949 a Mrs Florence Pettit claimed to have had an encounter with a water spirit whilst swimming in the pool and whilst it did have a slightly eerie feel I saw nothing as I sat and chewed my way through a cheese sarnie! On the way back I stopped just past the trig point and spent ten minutes sitting just above a Kestrel as it hung in the wind scanning the ground below for some lunch, it was a magic moment being ABOVE the bird, the subtle colours picked out against the grey sky and seemingly oblivious to my presence.
For my second White Peak foray I set off from another remote car park, this time at Derbyshire Bridge. I set off onto the moors and spent an hour or so navving around the land above Foxhole Hollow where I was treated to a beautiful view of a Hen Harrier ghosting low over the Hollow. Eventually I headed East and after following the path from the bottom of Berry Clough cut off across Wild Moor on the damp, boggy slog to the Burbage Edge trig point. In spite of being no more than a stone’s throw from Buxton Wild Moor does live upto it’s name, it’s rough ground with few other walkers and the wind was whipping viciously off the Shining Tor ridge. I followed the Edge eastward before hitting the Old Buxton Road which led back down to the carpark. A stop off at “The Cat and Fiddle”, Britain’s second highest pub, for a consoling pint on my way home seemed too good an opportunity to pass up!