Many years ago I booked a romantic trip to the exotic sounding island of Borneo only for my relationship to break up a week or two after the booking was made and I had to cancel the trip…..ever since then I have been hankering after visiting and was therefore very excited when Camps International offered me the chance to lead this expedition. I met the staff and students from King’s at the very impressive Dubai Airport and from there we embarked on a gruelling journey which took us via Singapore and onto Kota Kinabalu (where we stopped for a delicious Roti Canai) before we eventually arrived at Camp Bongkud in the Ranau district of Sabah. The drive from KK to Bongkud was spectacular, it took us up vertiginous roads and along narrow ridgelines before dropping back down into deep valleys. The formidable shape of Gunung Kinabalu, head in the clouds, looked over us for the second half of the drive and the majority of the slopes were heavily forested although patches of deforestation were in evidence particularly closer to KK itself.
We spent four nights at Camp Bongkud, it was an excellent camp with views of Gunung Kinabalu and accommodation in two enormous, traditional style longhouses. The locals greeted us with a speech from the village Chief followed by a performance of some traditional singing and dancing. During our time at the camp the group worked on helping the local community build a storm drain to protect the site of the new kindergarten from the effects of the heavy rain that often falls in the area. They also provided lessons and games for local schoolchildren, learned a few words of Malay and the local Dusan dialect, cooked Borneo Banana cake and eventually managed a dance performance of their own on the last night. We also rose early one morning and ascended Bongkud Hill for sunrise which gave is awesome views of mountains and jungle as far as the eye could see in all directions.
We left Bongkud for the five hour drive to Sepilok. Whilst the first half of the journey replicated the lush forested views we saw en route from KK, the second half was a far more depressing spectacle. Miles upon miles of Palm Oil trees, a monocultural desert, deceptively green and lush but bereft of life and grown on land that was once the natural habitat of the Orang Utan and Sun Bear. It was to see these animals that we were travelling to Sepilok. The Sun Bear is a victim of traditional Chinese and Far eastern medical practices with it’s bile being believed to have healing properties. The bears we saw had been rescued from the medical trade or had been kept as pets and were being rehabilitated, they looked happy and healthy and beautiful. In the afternoon we visited the much vaunted Orang Utan sanctuary where we saw babies in the nursery before seeing wild, adult Orang Utans feeding in the jungle, a truly unforgettable sight and a far less common one now thanks to the effect of the Palm Oil plantations. Leaving Sepilok we flew back to KK before continuing on to our next camp on the banks of the beautiful, slow flowing Klias River. Here we went fishing for Catfish and took boat trips where we saw Probocis Monkeys (known locally as The Dutchman due to it’s big nose and belly), Oriental Pied Hornbills and Fireflies.
Our last stop was at the Utan Paradise camp in the Crocker mountain range. It was a great site, perched on a plateau on the edge of the jungle, patrolled by a magnificent white cockerel and home to the largest collection of bugs and insects I have ever encountered! We undertook a slippery, steep jungle trail following our guides through the almost impenetrable vegetation and doing our best to avoid the attention of the Leeches…..after this we were shown traditional trap making by Inus, the local chief and we finished off with a spot of blowpipe practice!
Whilst this was a whistle stop tour of a country that clearly deserves wider exploration it gave an excellent taste of what Borneo has on offer. The students got the opportunity to contribute to a community project and have to have meaningful interaction with the locals. We got to see some of the most spectacular wildlife and on the planet and to see first hand the affect Palm Oil is having on the jungle. I want to say a big thanks to Camps, the students and staff of King’s and all the local staff I met on this awesome trip! 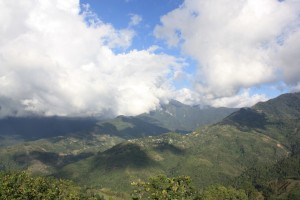 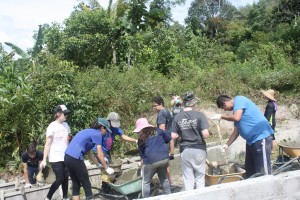 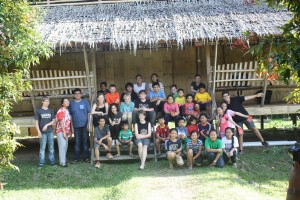 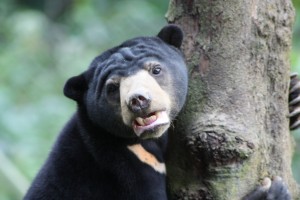 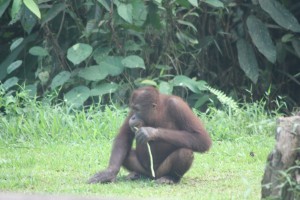