A July round up! 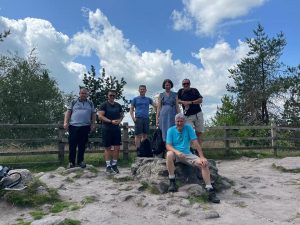 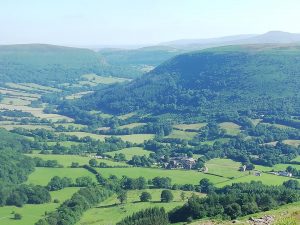 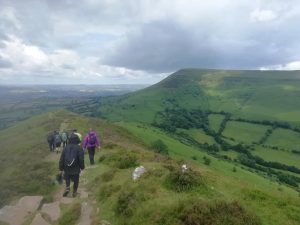 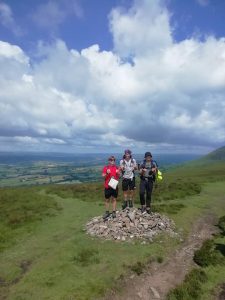 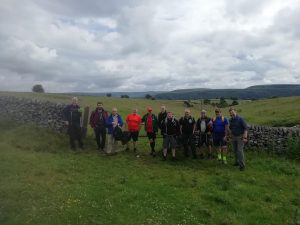 It has become an annual ritual as the Summer holidays kick in for me to think “Crikey, it’s ages since I have written a blog….but it’s just been so busy”, and, thank fully after the last year, 2021 has been no exception! We have been working all over the country with a really diverse, but always, great bunch of clients and done everything from scale the UK’s highest peak to walk a near marathon along the River Thames!! And, for the most part, the sun has shone 🙂
After starting the month with our fantastic “Three Peaks in Three days” challenge with the students of Sedbergh School we had a few days a bit more locally. We worked with a team from the YMCA Stoke NCS team and Entrust Outdoors on a day out on The Roaches in Staffordshire. The Roaches and Hen Cloud are one of those walks where you get an amazing view for relatively little effort. The whole area is a SSSI and is very popular with climbers being home to the Don Whillans Memorial Hut which is built into the rockface itself and named for the famously talented but cantankerous climber! We enjoyed great views across the Staffordshire moorlands and entertained the group with tales of the infamous mermaid Jenny Greenteeth who is said to reside in the Doxey Pool along the top. We ate Bilberries and had the bizarre experience of bumping into a team doing a fashion shoot amongst the tocks at the top! A few days later we were out with Alan Blunden Ltd on their annual “Walk with pub lunch……or should it be the other way around…..” in the Dark Peak. This saw us leave Castleton via Cave Dale and climb up on to Bradwell Moor before making our way through old quarry and mine workings down Green Dale and through Bradwell to The Traveller’s Rest at Brough where we were looked after brilliantly and plied with piles of grub and the odd pint of Farmer’s Blonde.
We headed South the next day down to Shropshire where we spent three days working on a D of E Silver practice expedition with Chase Training Solutions and William Brookes School, appropriately for 2021 the only De Courbertin Schoil in the UK, founded and run along the ideals of the founder of the modern day Olympics. Shropshire is a beautiful place and the teams worked hard and honing their skills as they explored their multi day route from Much Wenlock to Craven Arms. The Duke of Edinburgh Award continued to keep us busy as we continued on to the Black Mountains abutting the Brecon Beacons and spend a week developing the skills required for a Gold expedition with Aim High and a very lively bunch from Redbridge. Apart form the first day the skies were blue and the sun shone as our team explored Llangorse Mountain and then the ridges above Hay Bluff and Llanthony Abbey before heading into the Sugar Loaf to complete an epic few days in one of my favourite parts of the world. After a long haul on the M4 it was onto Windsor to work with RAW Adventures and Macmillan Cancer Research as a group of doughty fundraisers battled soaring temperatures and a full marathon on their epic walk along the Thames Footpath, a full 26 miles! Whilst I was heading back North Becki was taking the team from Blinkis out on a social walk with a pub lunch from Matlock on another Peak District day in the sunshine and we were busy planning days out in North Wales and on Kinder for clients in the forthcoming weeks as well as trying to get our heads around the fact that it’s only a month until Ian starts the Land of my Fathers project walk all around the whole of Wales……
Still, we wouldn’t have it any other way!