Land of my Fathers Project Part one 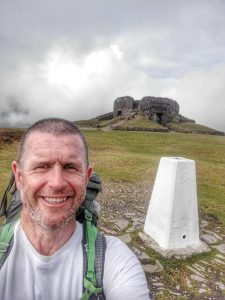 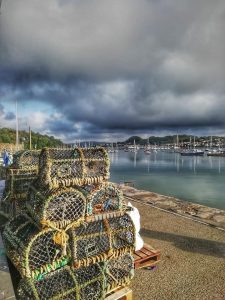 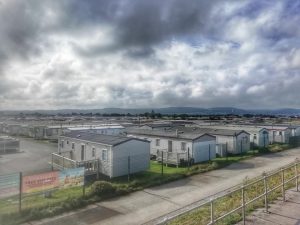 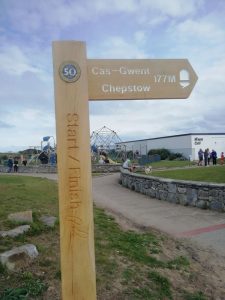 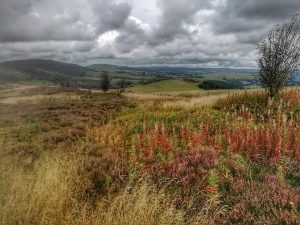 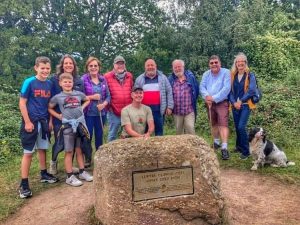 So, some of you may have noticed that the website has been a little quiet of late, the reason for that is that I have been undertaking a significant personal challenge which I have thought about for a number of years but which Covid gave me the impetus to undertake. I spent September, October and a little of November walking a complete circumnavigation of Wales starting and finishing at Sedbury Cliffs just outside Chepstow at one end of the Offa’s Dyke National Trail. The total distance walked was 1062 miles starting with a short three mile section on August 31s and finishing with a twelve mile section seventy one days later 🙂 It was an incredible experience and one that will live long in the memory. My Welsh heritage has always been important to me and from an early age it was Terry Holmes and Ieuan Evans and Graham Price who were my rugby heroes, this walk was a chance for me to explore the Welsh landscape, history and culture in far more detail than I had ever had the chance to do so before.
The walk first took me along Offa’s Dyke Trail, a long distance footpath following the line of the earthworks assembled on the orders of Offa, the Mercian king, in the eighth century in order to protect his land from Welsh marauders. It was the fiftieth anniversary of the trail which links the aforementioned Sedbury Cliffs in the South with Prestatyn on the North Wales coast and criss crosses the Anglo-Welsh border on numerous occasions. The terrain ranged from the moorland fringes of the Brecon Beacons to canal towpaths and from the remoteness of the Clwydian Hills to the busy market towns of Monmouth and Hay on Wye. It was a walk of magnificent ancient trees, endless rolling hills dotted with sheep and cows, castles that testified to the turbulent history of this borders region and ancient hill forts. There were plenty of country pubs, abandoned racecourses, community shops and tearooms and every so often sections of the ambitious defences that gave the path it’s name. I had plenty of company along the walk and plenty of sunshine, including two days in the high twenties that severely taxed my stamina as I struggled to get to grips with the sheer amount of calories needed to undertake an gruelling challenge like this. However on Day twelve I walked from Bodfari across the end of the Clwydian range and down through the busy streets of Prestatyn to the official trail end on the seafront with one hundred and seventy seven miles under my belt and a hankering for a large portion of chips with plenty of salt and vinegar! Offa’s Dyke is a great long distance footpath and one with some surprisingly remote sections given that it runs along the Anglo-Welsh border. It encapsulates much of the best of the rolling hills of rural Britain and I saw plenty of wildlife including foxes, Slow Worm, Red Kites and all manner of Hedgerow birds. The challenges of Covid added to the “interest” with some of the settlements I passed through spanning the border meaning one set of rules in one shop or pub and a different set a few hundred metres down the street. It was a fantastic start to the expedition and reached it’s Northern terminus burnished by sun and with feet and legs hardening to the task as I began to clock up the miles.
Leg two was a very different experience that took me along the North Wales coast from Chester to Bangor an area that became known to me during my walk as the “caravan coast”. After the rurality and ups and downs of Offa’s this was a week of predominantly flat walking on roads, cycle paths and pavements. It wasn’t the most scenic part of the walk but I met a lot of people and started to get a real feel for the walk. I watched cockle pickers on the Dee estuary as they roared in and out of the mud on their quadbikes with enormous sacks of cockles destined for Spain. I passed through the seemingly unending stretch of caravan parks that ran through Rhyl and Colwyn Bay and where I wondered at who actually owned this plethora of mobile homes. I passed the huge, abandoned hulk of the Duke of Lancaster ship, watched Oystercatchers and other waders playing on the mud flats, passed through Conwy, one of my favourite Welsh towns, and stormed over Little Orme and around Great Orme on my way along the coast. I benefitted from the largesse of friends and acquaintances who let me house sit, lent me spare rooms, took me out for a pint or cooked me delicious dinners in addition to ferrying me up and down the coast. I couldn’t have had the experience I had without them. I passed plenty of castles in various states of repair and drank Welsh whiskey at the Aber Falls Distillery. It may not have been the most scenic part of the walk but it was a vibrant, human part of it where I interacted on a daily basis with others and learned why they loved Wales and they told me their stories all of which were an essential part of the experience. I ended this section coming through Bangor to the Menai Bridge, designed and built by Thomas Telford. I would cross it onto Anglesey and from there leg three of the adventure would begin.

2 thoughts on “Land of my Fathers Project Part one”