Another weekly wander or two………. 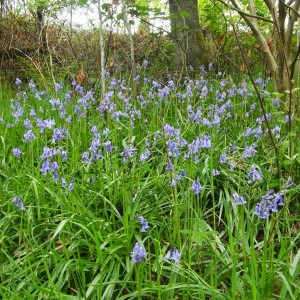 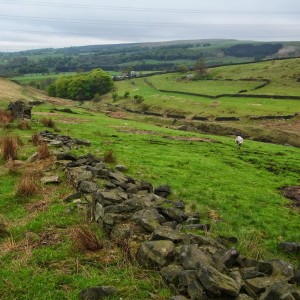 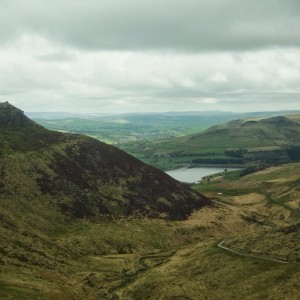 I love having the Peak District on my doorstep, it means when time is short or inclination is in lowish supply I can still get out and experience some of the finest countryside Britain has to offer without it really feeling like an effort….and so it was last week, two very different Peak District rambles, neither more than half an hour from home.
Tuesday morning, feeling a bit flat, I decided a gentle amble might lift the mood and headed to the undemanding territory of the Middlewood Way. A previous walk on this multi-use track, which follows the route of an old rail line from Marple to Macclesfield, had proved fruitful in terms of the profusion and variety of wild flowers https://www.comewalkwithmeuk.co.uk/2012/06/stroll-on-middlewood-way.html and this one was equally rewarding. Bluebells were starting to decorate the fringes of the path, as well as Forget-me-nots, Cow Parsley and Cranesbill. Bumble bees were dancing around the flowers and Orange Tip and Peacock butterflies were making the most of the patches of dappled sunlight cutting through the canopy. After twenty minutes or so I left the path and ascended to the Macclesfield Canal. I have a longing for the life of a narrow boat man and every time I see the immaculate barges, wood smoke curling from the chimneys and kettle on the hob I’m filled with an overwhelming urge to travel…..Dreaming, I pressed on deeper into the Cheshire countryside, there were male Pheasants in the fields, resplendent amongst the sheep and cows and a Kestrel hovered over head as I continued on to Lyme Park where I had lunch and watched a flock of Jackdaws tormenting one another. The Bluebells were out in force in Elmerhurst Wood and on emerging from the trees I regained the Ladybrook Valley Interest Trail before pottering back to my car refreshed in mind, body and spirit!
A couple of days later and I decided I was in the mood for some map work and a few more demanding miles. I parked at the Arnfield reservoir, on the outskirts of Tintwistle, and headed out across the Grouse moors towards Tintwistle Knarr. There were plenty of Grouse about, not to mention Curlews, and later on I saw a Peregrine, but very few people and progress was pretty quick up on to the edges above the chain of Longdendale reservoirs. As I left the edge the clouds which had been sitting on Bleaklow dropped and the short cross moor path to Lad’s Leap was done in poor visibility. After a restorative cuppa I followed Hollins Clough North before making the Trig Point on Rakes Moss and continuing on to Chew Reservoir which I had only previously reached from Dove Stones https://www.comewalkwithmeuk.co.uk/2012/08/black-hill-via-holme-clough.html. Leaving the reservoir to the Canada Geese I followed the cliff top path above Chew Brook before striking off across Ormes Moor and eventually (after a few relocations) managed to make my way to the top of Ogden Clough. At this stage the sun came out!! Buoyed by the novelty factor I decided to lunch at Higher Swineshaw reservoir and after half an hour with the sun on my face ended up contouring round Lees Hill before enjoying more Bluebells in the Hollingworth Nature Reserve and eventually making it back to my starting point at Arnfield.
These two walks were very different in terms of scope, landscape and effort required, but I feel very lucky to have them both on my doorstep!

2 thoughts on “Another weekly wander or two……….”