Four seasons in one trip 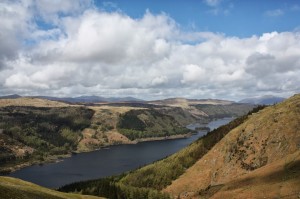 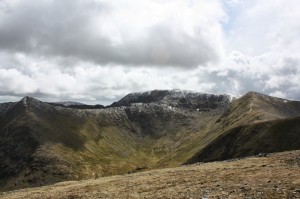 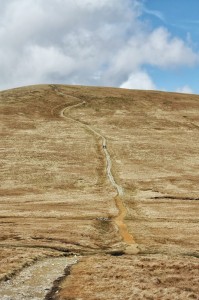 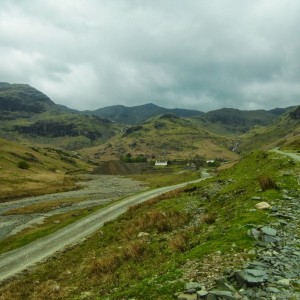 Off to the Lakes again for comprehensive proof that in spite of last week’s Bank Holiday sunshine in Wales, Britain seems reluctant to shake off Winter just yet. I spent the morning in Ambleside touring the gear shops in search of a new jacket, I eventually settled on the Montane Superfly which will be getting it’s first outing next week as I am somewhat superstitious about throwing a new garment directly into the fray. Lunch done, I decided to drive up to Kirkstone Pass and have a go at Red Screes which I’d seen from the other side on my Fairfield Horseshoe route https://www.comewalkwithmeuk.co.uk/2012/10/the-fairfield-horseshoe.html. The ascent from the Kirkstone Pass Inn took on some of the eponymous screes and there was a fair amount of judicious route picking and minor scrambling all of which made the sudden appearance of the summit very satisfying. Wainwright claims that the cairn atop Red Screes is the largest of the Eastern Fells and it provided a degree of shelter from the wind which had started whipping hailstones across the tops somewhat lessening my enjoyment of the spectacular views back towards Windermere, across to Fairfield and down to Brothers Water. I decided that discretion might well be the better part of valour at this stage and headed (with the wind battering at my back) down the broad ridge of Middle Dodd before slipsliding my way down to Kirkstone Beck and with the hail now turned to a wet sleet I was very happy to see the ancient inn ahead of me as I crested the final slope. The pub is reckoned to date back to the Fifteenth Century and is listed as the third highest inn in England, it’s certainly an attractive building and the fire was burning as I supped a restorative pint, very welcome. I spent the night at the Ambleside Backpackers which I can heartily recommend http://www.englishlakesbackpackers.co.uk/ after a few pints at The Gilded Lily!
I have a few dirty little secrets; I like JLS and Bombay Bad Boy Pot Noodles, but, perhaps the worst of them was, that for someone describing themselves as a passionate hillwalker I had never climbed Helvellyn….well, that has at least been rectified! I decided to take the easy way up and parked at the exorbitantly expensive Wythburn car park next to the beautiful little church that served the community of Wythburn before it was drowned under the waters of Thirlmere. Coleridge and Wordsworth both mention the building and I found it a lovely, poignant spot. I followed the path running parallel to Comb Gill and then skirting below the peak of Nethermost Pike which afforded excellent views of Thirlmere and the Western Fells and then as the path levelled out there was Striding Edge with a couple of brave souls picking their way along it. There was fresh snow on the top and a bitter wind and the cross shaped shelter was well populated, the sky was clear though and the views to Ullswater and beyond were worth every ounce of effort. I followed the edge of the busy summit and headed down past Lower Man and along the ridge to White Side (for lunch) and then onto Raise. It was at this stage the sun came out and ……stayed out. I took off my jacket, smiled for a little while and then meandered onto Stybarrow Dodd for a wee spot of rest looking out of miles and miles of beautifully scenic countryside that yesterday would have been completely invisible! Time was ticking on so I headed down the increasingly sheer and stunningly beautiful Stanah Gill until reaching the path that ran parallel to the lakeside road, flitting in and out of the pine forest (spotting my first Chiffchaff of the year) until I reached the welcome sanctuary of my car! I spent the night at the YHA in Hawkshead http://www.yha.org.uk/hostel/hawkshead catching up with my friend Rob, whom I’d worked with at Castleton last year. He introduced me to the joys of Loweswater Gold at The King’s Arms in the picturesque village for which I am very thankful!
Wednesday morning started grey and very quickly progressed to wet and by the time I was on my way up the Coniston Fells, Wetherlam my quarry for the day, wet and windy. The cloud got lower, the wind got higher and I got wetter…..and wetter….and (you guessed it) wetter……Summiting was satisfying, not pleasurable, so I abandoned plans to carry on to Swirl How, and with the wind doing it’s very level best to lift me off my feet, I headed down Low Wether Crag, past Levers Water and back towards the Coppermines and a cup of something hot.
Three days, three different walks, and just about every kind of weather chucked at me……roll on next week!

To view the full album, please click on the link below;

6 thoughts on “Four seasons in one trip”